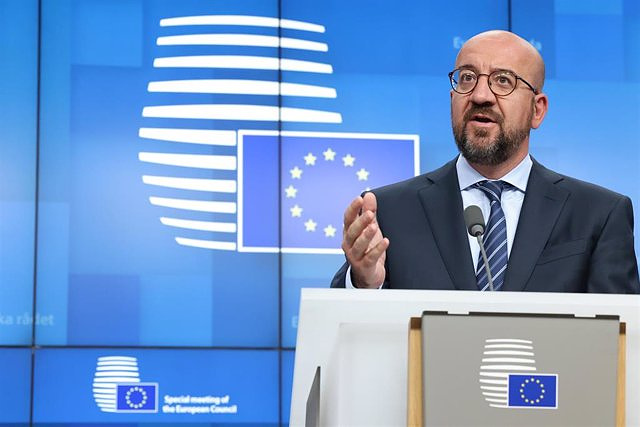 The President of the European Council, Charles Michel, assured this Wednesday during his visit to Qatar the desire of the European Union to forge an alliance with Doha to face global challenges such as security or energy, at a time when Europe is preparing for a difficult winter in the face of booming gas prices.

From Doha, where he participated in the inauguration of the EU delegation in Qatar, the former Belgian Prime Minister highlighted the "political desire" to strengthen ties with the Gulf peninsula to jointly face "extremely difficult" challenges. "I am fully convinced that the friendship with Qatar is an important boost," he said.

Michel has insisted that Europe and Qatar seek prosperity and stability throughout the Gulf region and has advanced that he expects progress on the visa exemption with the Arab country.

"I hope that in the coming weeks we can make decisions on this," he underlined, emphasizing that the basis of the relationship between Brussels and Doha must be dialogue and mutual understanding and respect.

Michel's trip is part of the EU's campaign to diversify energy suppliers amid tension with Russia over the war in Ukraine and Moscow's declared intention to cut gas shipments while European sanctions remain in place.

This same week the President of the European Council visited Algeria, a country which he described as a "loyal" and "reliable" partner in energy matters. In Algiers he met with the Algerian president, Abdelmayid Tebune, with whom he claimed to have had a "fruitful" meeting.

‹ ›
Keywords:
QatarUE
Your comment has been forwarded to the administrator for approval.×
Warning! Will constitute a criminal offense, illegal, threatening, offensive, insulting and swearing, derogatory, defamatory, vulgar, pornographic, indecent, personality rights, damaging or similar nature in the nature of all kinds of financial content, legal, criminal and administrative responsibility for the content of the sender member / members are belong.
Related News