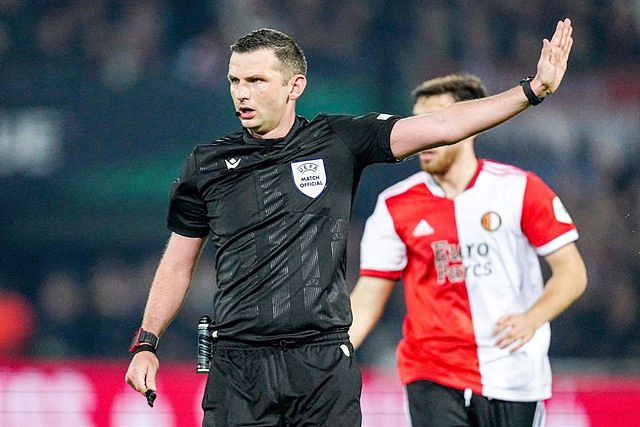 The UEFA Referees Committee has appointed the Englishman Michael Oliver to direct the European Super Cup that will measure Real Madrid and the German Eintracht Frankfurt on August 10 at the Helsinki Olympic Stadium, in which there will be the support of technology semi-automatic offside

Oliver, 37 years old and 2012 international, already led the German team last season in the second leg of the Europa League round of 16 against Betis, with a tie after extra time and qualifying for Oliver Glasner's team.

On the other hand, Real Madrid has not refereed a match since the remembered 1-3 at the Santiago Bernabéu against Juventus in the second leg of the 2017-2018 Champions League quarterfinals, with the penalty in favor of the madridistas after minute 90 and which prevented extra time, in addition to the expulsion of visiting goalkeeper Gianluigi Buffon.

In addition, the body also confirmed that the first title of the European season will feature semi-automated offside technology (SAOT) for the first time, which will then be used from the group stage of the next Champions League campaign. .

"UEFA is constantly looking for new technological solutions to improve the game and support the work of the referees. This innovative system will allow VAR teams to determine offside situations quickly and accurately, improving the fluidity of the game and the consistency of the decisions. The system is ready to be used in official matches and implemented in each venue of the Champions League", explained the main person in charge of the organization's referees, Roberto Rosetti.

According to UEFA, the new system will work thanks to specialized cameras that can track 29 different body points per player and after a total of 188 controls have been carried out since 2020, including all Champions League matches, the knockout phase of the Champions League Women's and the complete final phase of the last European Championship in England, as well as the finals of other club competitions.

‹ ›
Keywords:
Real MadridFinlandia
Your comment has been forwarded to the administrator for approval.×
Warning! Will constitute a criminal offense, illegal, threatening, offensive, insulting and swearing, derogatory, defamatory, vulgar, pornographic, indecent, personality rights, damaging or similar nature in the nature of all kinds of financial content, legal, criminal and administrative responsibility for the content of the sender member / members are belong.
Related News