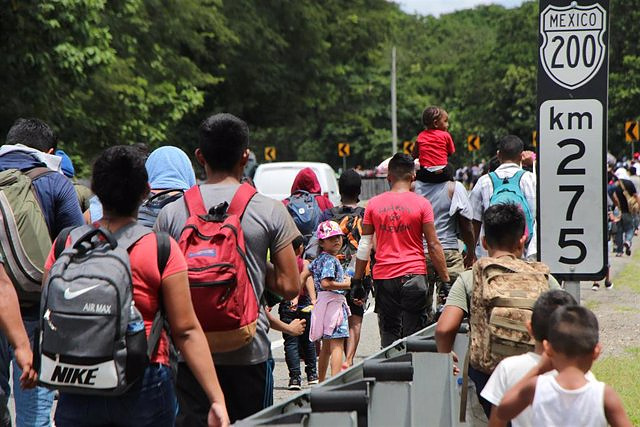 The National Institute of Migration (INM) of Mexico has reported this Saturday that it has deported 126 people from Venezuela who were held waiting to prove their regular entry into the country.

"These are 117 men and nine women who could not prove their regular entry into the country and remained at the Siglo XXI Immigration Station, located in Tapachula, Chiapas," says the INM press release.

The migrants have been returned on Saturday morning, four buses have transferred them to the Tapachula International Airport, where they entered the plane at 7:00 local time (1:00 p.m. Spanish peninsular time).

The government body has reported that federal immigration agents have acted jointly with the National Guard and the Federal Protection Service.

"The INM reiterates its commitment to these actions for a safe, orderly and regular migration under procedures within the law in order to avoid risks that involve irregular transit," the institution concluded, after recalling that since the beginning of the year there have been carried out 343 deportations to Venezuela.

‹ ›
Keywords:
VenezuelaMéxico
Your comment has been forwarded to the administrator for approval.×
Warning! Will constitute a criminal offense, illegal, threatening, offensive, insulting and swearing, derogatory, defamatory, vulgar, pornographic, indecent, personality rights, damaging or similar nature in the nature of all kinds of financial content, legal, criminal and administrative responsibility for the content of the sender member / members are belong.
Related News