He will also attend the G20 Trade and Tourism Ministerial Forums in Bali. 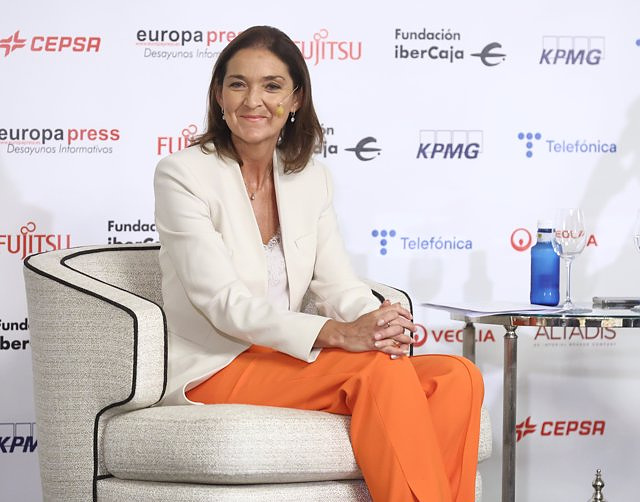 He will also attend the G20 Trade and Tourism Ministerial Forums in Bali.

The Minister of Industry, Commerce and Tourism, Reyes Maroto, will travel to Australia between September 28 and 30 with the aim of strengthening commercial ties and economic and political relations between the two countries, as reported by the Ministry on Monday in a release.

On Wednesday, September 28, Maroto will meet in Canberra with the Minister of Finance, Women's Affairs and Public Service, Katy Gallagher, and with the Deputy Prime Minister and Head of Defense, Richard Marles.

That same day, it will attend the inauguration of the Battery Energy Storage Systems (BESS) Queanbeyan facilities, the first battery facility that Naturgy builds in Australia and which allows renewable energy to be stored.

On Thursday 29, he will travel to Sydney, where he will inaugurate the Spain-Australia business meeting organized by ICEX-Invest in Spain, the CEOE and the Chamber of Commerce.

This event will be attended by the Australian Minister of Industry and Science, Ed Husic, and representatives of the main Spanish companies in infrastructure, energy, banking, defense and the hotel sector.

On the 30th, Maroto will hold a meeting with Australian investment funds organized by ICEX-Invest in Spain and will then travel to the Navantia facilities.

Likewise, the minister will intervene in a meeting with the main Australian tour operators organized by Turespaña to promote the Spanish destination and carry out activities aimed at capturing tourist flows to Spain.

Maroto's visit to Australia will take place within the framework of a broader tour that will begin earlier in Bali (Indonesia), where between September 22 and 27 he will attend the G20 Trade and Tourism ministerial forums.

These conferences will address the extent to which the strengthening of the multilateral trading system can be supported with a view to seeking a stronger and more collaborative global recovery after the Covid pandemic.

The reform of the World Trade Organization (WTO) will also be on the table to advance in the elaboration of new rules and in the supervision of compliance with them so that "it can continue to play the relevant role as guarantor of open, transparent trade fair and rule-based.

On September 26, Maroto will participate in the forum organized by World Travel

He will then attend the meetings of the Tourism Ministers, in which the delegations will address the identification of solutions to materialize the potential of tourism as a vehicle for recovery and transformation.

"Spain, following what was agreed at the High Level Meeting of the OECD in Ibiza, will promote the proposal to establish a multilateral framework that guarantees a safe international travel environment and the interoperability of digital systems for the recognition of vaccine certificates between different issuing authorities", highlights the portfolio led by Maroto.

On September 27, the minister will visit one of the establishments that the Meliá group owns in the country, where it was established 38 years ago (since 1985) with the opening of its first international hotel in this destination.

Finally, it will participate in the events for World Tourism Day, an edition in which, under the slogan 'Rethinking tourism', a call will be made to governments, the private sector and society in general to reflect on how to build a more sustainable, inclusive and resilient tourism.