Maroto trusts that the relationship with Algeria "will soon recover normality" 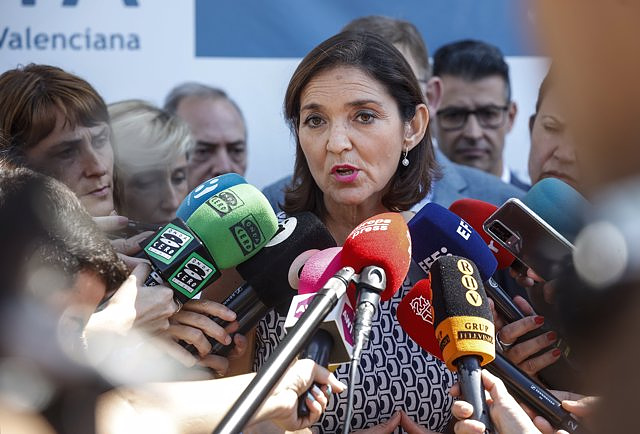 The Minister of Industry, Commerce and Tourism of the Government of Spain, Reyes Maroto, has shown her confidence that diplomatic and commercial relations with Algeria "will soon recover the normality" that existed before the crisis caused by the Executive's new position on the Sahara .

Maroto has made these statements, collected by Europa Press, in the Zamora town of Toro, where, when asked by journalists, he has assessed the turnaround produced yesterday by the Maghreb country as "very positive".

The socialist leader has pointed out that Algeria is "a strategic country" for Spanish diplomacy and that is why she has classified as "very good news" that positions have been softened in recent hours. "From the commercial section, as minister, I value it positively, but also in the area of ​​neighborhood and proximity", she assured.

At this point, Minister Maroto has assured that the Government of Spain wants to "recover that trust and return to the friendship treaty" that has been in force in recent years between the two countries. "It's important to get back to normal," she added.

‹ ›
Keywords:
ArgeliaSáharaReyes Maroto
Your comment has been forwarded to the administrator for approval.×
Warning! Will constitute a criminal offense, illegal, threatening, offensive, insulting and swearing, derogatory, defamatory, vulgar, pornographic, indecent, personality rights, damaging or similar nature in the nature of all kinds of financial content, legal, criminal and administrative responsibility for the content of the sender member / members are belong.
Related News