Ask Feijóo to clarify if he is "with Ayuso or with Europe". 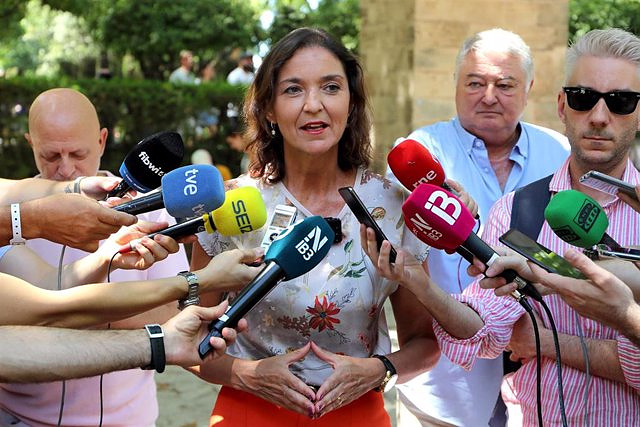 The Minister of Industry, Commerce and Tourism, Reyes Maroto, has responded this Saturday to the criticism of the Madrid president, Isabel Díaz Ayuso, about the call for a technical meeting by Ecological Transition to address the Government's new energy saving plan and He has recalled that last week "there was already that meeting at the political level" that he claims.

The minister expressed herself in these terms in an interview on Radio Nacional, collected by Europa Press, when asked about the technical meeting to be held next Tuesday morning and to be led by the Institute for Energy Diversification and Saving ( IDAE) and, specifically, on the need for it to be of a higher rank as Ayuso has claimed.

"The president should know that last week there was already that meeting at the political level. The agreement that had been reached on Tuesday in the Council of Energy Ministers was transferred," he pointed out, while adding that a energy security strategy at a European level and that the councilors "were explained the reasons for the urgency to adopt measures and that a decree law was going to be issued".

The minister regretted that "again" the regional leader is in "the 'no for the no'". Likewise, she has indicated that she does not know what the Popular Party's response is and "Mr. Feijóo has to clarify if he is with Mrs. Ayuso or he is with Europe", she has claimed.

However, he has defended that it is a technical meeting to "guarantee the correct application of the decree" because "the most important thing is compliance." "We do not discuss the content, but how to implement it," she has pointed out.

Likewise, he has assured that these meetings are habitual when these norms are approved because "always" doubts arise about the interpretation. Thus, he added that the important thing is that all the autonomous communities are clear that the norm "is there to comply with it" and that the exceptions are included in the text.

"The important thing is that citizens and companies understand that we are facing very complex scenarios, that we have approved an energy security strategy that guarantees to avoid worse scenarios and, therefore, we have to internalize that we have to comply with that standard," he concluded. .

‹ ›
Keywords:
Eficiencia EnergéticaReyes MarotoDíaz Ayuso
Your comment has been forwarded to the administrator for approval.×
Warning! Will constitute a criminal offense, illegal, threatening, offensive, insulting and swearing, derogatory, defamatory, vulgar, pornographic, indecent, personality rights, damaging or similar nature in the nature of all kinds of financial content, legal, criminal and administrative responsibility for the content of the sender member / members are belong.
Related News