Maroto admits that distribution should help with inflation, but urges compliance with the food chain law

There must be "legal certainty" in the price ceiling. 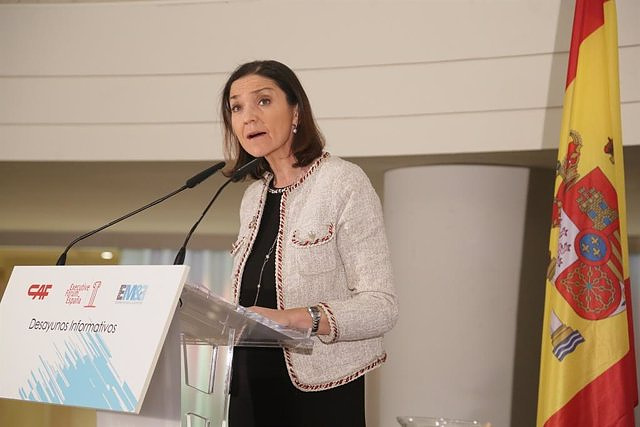 There must be "legal certainty" in the price ceiling

The Minister of Industry, Tourism and Commerce, Reyes Maroto, has admitted this Thursday that the distribution "has to accompany" in the search for a "collective solution" to contain the rise in prices, but understands that it must be done with "security law" and complying with the food chain law.

Speaking to journalists before meeting with the Association of Tourist Municipalities (AMTC), he has pointed out that they will support "any measure" that the distribution "puts on the table" but making it clear that "legality must be complied with", since the food chain law "protects" farmers and ranchers and avoids "tension" in setting prices.

The minister has recognized that "the main problem" that Spain and the rest of Europe now have is inflation and for this reason regular meetings are held with the different productive sectors, with whom it has been agreed, for example, selective tax reductions or aid to the groups most affected by the rise in prices.

In this context, he has indicated that last Monday he met with the distribution subsector in the company of the Minister of Ecological Transition, Teresa Ribera, to analyze the formula of how the rise in energy prices cannot be passed on to basic products. --although he has not clarified whether he will attend next Monday's meeting with the Minister of Labor, Yolanda Díaz--.

He has indicated that they talk with the distributors about the contingency plan, price containment or supply and is "available" so that "everyone" finds a solution "to a problem that is collective", noting that he holds many meetings that are not "visible or mediatic".

In this sense, he stressed that the Government "has made a budgetary effort" to alleviate the rise in prices and this Friday there is a meeting in Brussels of the energy ministers to put a price cap on the market reform.

Regarding the energy saving plan, he indicated that despite the "noise" and the criticism of some groups, a saving of 9% in energy consumption has been achieved in two weeks, a sign of progress towards energy efficiency and of not giving in to Putin's "blackmail".

In this sense, he pointed out that being "united and dialoguing, solutions can be found" that will guarantee the energy supply in autumn and winter and that companies and families "have no problem".