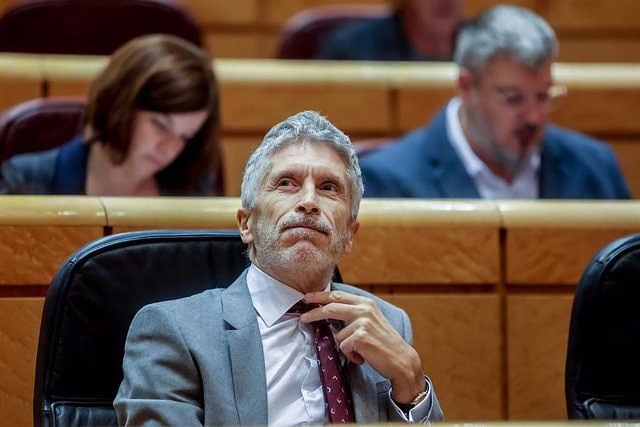 The Minister of the Interior, Fernando Grande-Marlaska, has recognized this Tuesday that, although they continue to work legally on it, it is "very difficult" to be able to bring the change of law to a "concrete text" to administratively sanction public tributes to leaders or prisoners of the terrorist group ETA.

If said reform is made, he said in the control session in the Senate, it has to be "really solid" so as not to "admit any formal criticism by both national and European courts." UPN has reproached him for not fulfilling his promise with the victims of ETA, recalling that the Government does fine and the exaltation of Francoism.

"In 2018, when we came to the Government, there were 38 'ongi etorris' in the Basque Country and in Navarra; in 2021, it is already a lot, but there is one. That means that something has been done in the policy of dignity of the victims", has sustained Grande-Marlaska, referring to the inauguration of the Vitoria Memorial Center or the teaching units on terrorism.

In this way, the minister responded to UPN's criticism for not fulfilling the Interior with its promise to reform Law 29/2011 on the Comprehensive Recognition and Protection of Victims of Terrorism, in order to approve a new sanctioning regime that pursues the celebration of these tributes to terrorists.

Specifically, Grande-Marlaska has referred to Directive 2017/541, which modifies the scope of classification of acts of a terrorist nature to, with regard to glorification, "require that there is a concrete and evident risk that a criminal act of that nature may be committed".

The head of the Interior recalled that the National High Court was "forced to modify its jurisprudence" after the defeat of ETA by the rule of law.

The reform to promote this sanctioning regime was defended by Grande-Marlaska after the different court rulings that limited criminal proceedings against acts of glorification and humiliation of the victims, hence he defended activating the "administrative route" as the appropriate mechanism .

"We are working legally, but it is very difficult, according to all the legal services of the Ministry, to be able to establish a concrete and specific text, because the sanctioning administrative law is also based on the principles of criminal law," he acknowledged.

However, the minister has said that "they continue to work" because "a single act of this nature is an affront that the rule of law cannot bear."

The UPN senator Alberto Prudencio Catalán has disgraced Grande-Marlaska's "brazenness" by being "determined to whitewash Bildu to stay in power."

"You have modified the law so that it is not possible to pray in front of an abortion clinic, so that violent informational pickets cannot be punished and you have also modified it to sanction the praise of Franco's terrorism. Why don't you do the same for that ETA and its assassins are not exalted?", he asked.

UPN has also reproached him for not saying anything about the five revocations to third grades approved by the Basque Government. "You transferred the powers in penitentiary matters to the Basque Autonomous Community and now you cannot wash your hands like Pontius Pilate", he has disfigured him.

"He has not kept his word and, therefore, he has no other question than, if he has any dignity, to resign," added the UPN senator, who has maintained that Grande-Marlaska is a "despised minister."

‹ ›
Keywords:
ETATerrorismoMarlaska
Your comment has been forwarded to the administrator for approval.×
Warning! Will constitute a criminal offense, illegal, threatening, offensive, insulting and swearing, derogatory, defamatory, vulgar, pornographic, indecent, personality rights, damaging or similar nature in the nature of all kinds of financial content, legal, criminal and administrative responsibility for the content of the sender member / members are belong.
Related News 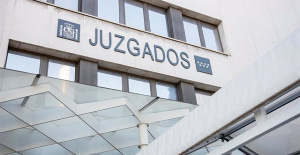 Experts denounce discrimination in the courts against... 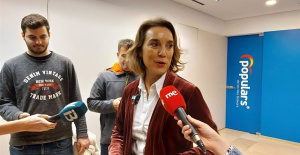 Gamarra, before Rufián's confession: "These... 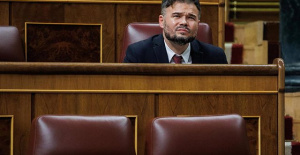 Rufián admits having used the PGE as "lever"... 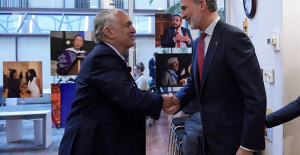 The King warns Washington of the "fragility"... 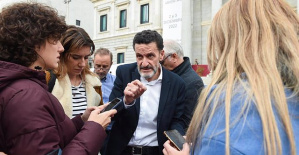 The critics of Ciudadanos do not support Bal to lead...