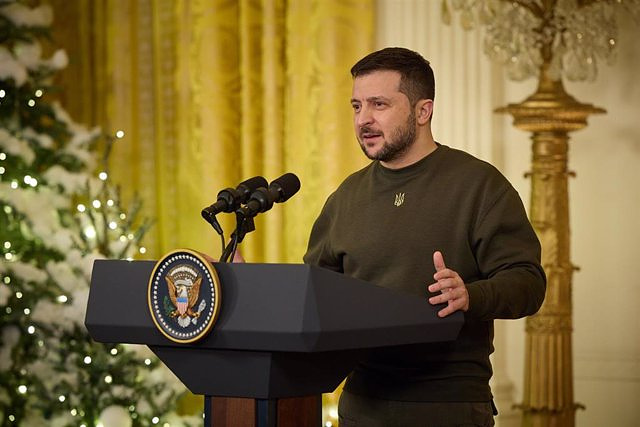 The Minister of the Interior, Fernando Grande-Marlaska, has insisted this Friday on sending a message of calm for the sending of several inflammatory letters, denying that there has been any security breach since the first one sent to the Prime Minister, Pedro, was detected. Sanchez.

Grande-Marlaska has highlighted the "professionalism and efficiency" of the Police and the Civil Guard, pointing to the "expectation of resolution in the short term". In addition, he has avoided commenting on the specific substances that made up the pyrotechnic material included in the envelopes when asked about the inclusion of shrapnel. "Let's not make any previous hypotheses," he commented.

"We hope to have positive results in a short period of time," Grande-Marlaska said to questions from the press after presenting the solidarity calendar of the Civil Guard dedicated this year to children sick with Rett syndrome.

The head of the Interior has referred to the "sufficiently complex" investigation undertaken by the National Court since this Wednesday, a week after the first package, another letter with pyrotechnic material inside slightly injured an employee of the Embassy of Ukraine in Madrid. So far six have been detected.

"There has not been any security breach, all the packages were detected as appropriate," said the minister, insisting that they have "sufficient means to guarantee security."

In this sense, it has justified that information was not sent to the National Court of the package sent to Pedro Sánchez until the discovery of a second letter, which injured an employee at the Embassy of Ukraine. "You have to be serious in your investigations," he said.

The minister recalled his time as a judge of the National Court to explain that police units open investigations and refer them to the judicial authority "when there are minimum objective elements."

"When another package is received after a week at the Ukrainian Embassy and there is an identity, it is when all this is brought to the attention of the National Court," he said, adding that it is the "ordinary mechanism" in this type of case to that the judges have a "minimum assessment of the facts".

‹ ›
Keywords:
Pedro SánchezMarlaska
Your comment has been forwarded to the administrator for approval.×
Warning! Will constitute a criminal offense, illegal, threatening, offensive, insulting and swearing, derogatory, defamatory, vulgar, pornographic, indecent, personality rights, damaging or similar nature in the nature of all kinds of financial content, legal, criminal and administrative responsibility for the content of the sender member / members are belong.
Related News