Marcao: "Diego Carlos has already made his history at Sevilla and Koundé is great, but he's at another club" 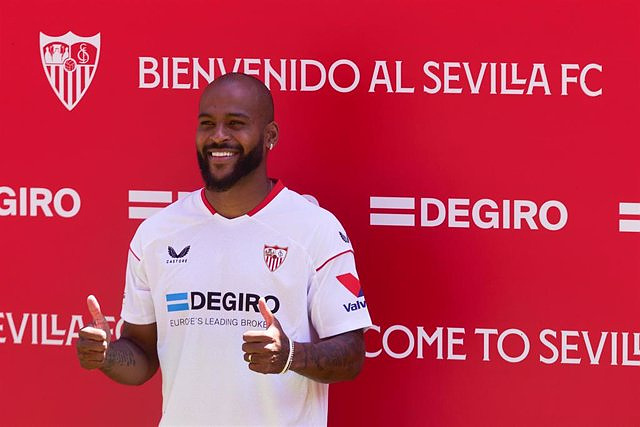 The Brazilian defender Marcos do Nascimento Teixeira, 'Marcao', made it clear this Monday that he wants to have his own route in a Sevilla that "is a great team with great goals" and that has lost two mainstays in its defense like his compatriot Diego Carlos and Frenchman Jules Koundé.

"Diego Carlos has already made his history here and he is him and Marcao is Marcao, I am not here to talk about Diego Carlos but about Sevilla and his goals. Koundé is a great player, but he is at another club and I think he is not the It's time to talk more about him, but about Sevilla and what we can do to grow every day", said Marcao in his presentation this Monday with the Sevilla team.

The centre-back, who is "well" and ready to finally debut with his new team, acknowledged that the Seville club "means something very big" both for him and for his "family". "It's a great team with great goals, so it's a great happiness. It's a club that I've been watching for a long time, it's a perfect moment for me", he admitted.

In addition, he pointed out that both former Sevilla player Mariano Ferreira and his compatriot Fernando recommended that he sign for a "perfect club" and that his goal is "to offer a lot of work, a lot of commitment to the coach and his teammates."

"My goal and that of the club is to play in the Champions League. It's been several years since they qualified directly and the goal is to do it again. In the last five or six years it has grown more and more and that's why I thought about it two or three times to come", he sentenced.