Marc Cucurella signs for Chelsea for the next six seasons 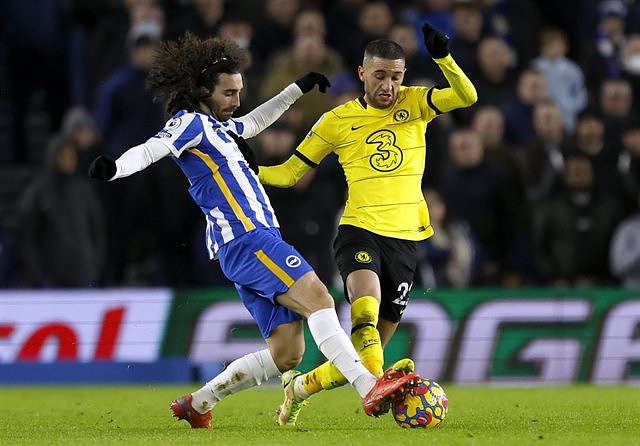 English Chelsea confirmed this Friday the signing for the next six seasons, until June 30, 2028, of the Spanish footballer Marc Cucurella, who arrives at Stamford Bridge from Brighton

The Catalan player, who can play both as a left-back and as a winger and winger, was also of interest to Manchester City, but will finally join the ranks of the 'blue' team, which highlighted "his rapid adaptation to English football" last year when he he debuted in the Premier League being indisputable at Brighton.

"In particular, his energetic performances and tough interceptions drew attention, while his ability with both feet and ball security were key traits in Brighton's possession-based approach," Chelsea added.

"I'm very happy, it's a great opportunity for me to join one of the best clubs in the world and I'm going to work hard to be happy here and help the team," said Cucurella, 24, who came to the Premier League from Getafe.

For his part, the president of Chelsea, Todd Boehly, recalled that the Spaniard "is an elite defender with proven quality in the Premier." "He further strengthens our team for the new season. We continue to work on and off the pitch and we are delighted that Marc is part of the present and future at Chelsea," he stressed on the club's website.