He says that the sentences in which the sentences have been reduced will be studied "in detail" and the pronouncement of the judicial bodies will be awaited. 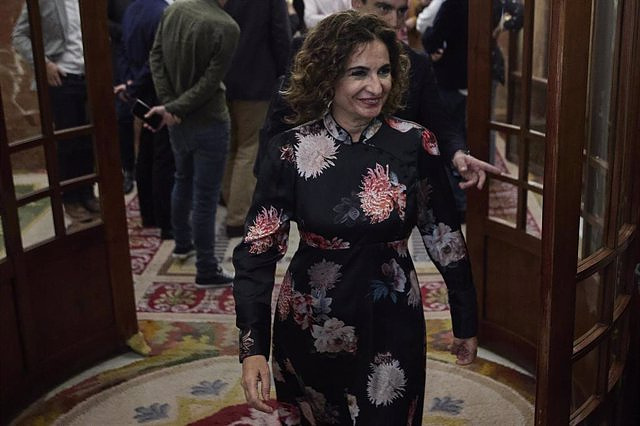 He says that the sentences in which the sentences have been reduced will be studied "in detail" and the pronouncement of the judicial bodies will be awaited.

The Minister of Finance, María Jesús Montero, has stated that the Government is going to promote actions that allow the law for the comprehensive guarantee of sexual freedom, known as the 'only yes is yes' law, to fulfill its objective of protecting women victims of aggression and toughen the penalties and sanctions, instead of lowering them as has already happened in some cases since its entry into force.

Asked about the possibility of reforming this law, Montero, who already spoke yesterday about the same matter and was open to "studying" the rule to avoid these reductions, responded today that, although "very quick" answers are sometimes sought, "In politics, issues must be studied very rigorously."

Thus, for the moment, he has advocated reading "carefully" and seeing in which articles the sentences are fundamental in which, after the approval of this law -promoted by the Minister of Equality, Irene Montero--, the courts have lowered prison sentences for those convicted of sexually abusing minors, because the objective was "just the opposite".

"What it pursues is precisely to be able to toughen the sanctions and penalties that have to do with attacks on women and minors," he said, alluding especially to the objective of the law to condemn "everything that could be interpretative" around consent to sexual intercourse.

Thus, the aim is that the victim's silence cannot be interpreted as consent and that it does not serve as a mitigation when imposing penalties, so that there is "no doubt" that a consensual relationship can only occur when there is explicit consent.

For this reason, the minister has indicated that the Government will study the cases in which sentences have been reduced by applying the 'law of only yes is yes' and will also wait to see the position of the judicial bodies, as has been said "with very clearly", in the opinion of Montero, President Pedro Sánchez this morning.

"The objective of the law was another: it was about protecting minors and women, and that is what the law has to do in any case." "It is what we say beyond the fact that other colleagues in the Government have made another type of assessment", has sentenced the head of the Treasury, who has made these statements to questions from the press at the headquarters of the Government of Cantabria, where she signed today agreements with the autonomous community for various investments.

"I am not going to enter into any other type of controversy that is not the protection of the interest of the minor", he has settled, stressing that, if the objective of the Government was to toughen the penalties, it "will promote all the actions that allow it to be fulfilled ".

‹ ›
Keywords:
AEATMaría Jesús Montero
Your comment has been forwarded to the administrator for approval.×
Warning! Will constitute a criminal offense, illegal, threatening, offensive, insulting and swearing, derogatory, defamatory, vulgar, pornographic, indecent, personality rights, damaging or similar nature in the nature of all kinds of financial content, legal, criminal and administrative responsibility for the content of the sender member / members are belong.
Related News