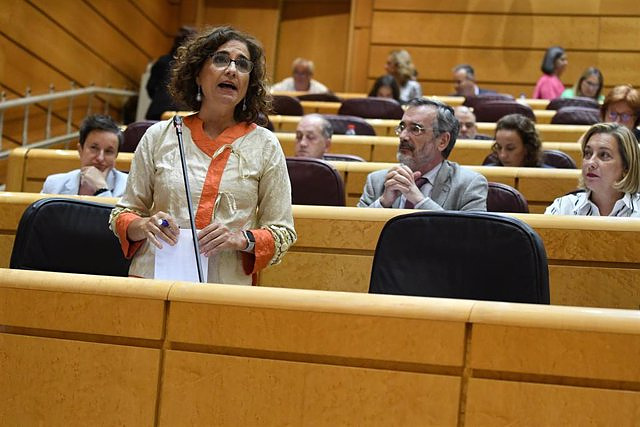 The Minister of Finance and 'number two' of the PSOE, María Jesús Montero, reaffirmed this Tuesday the idea that she put forward last week that the law of 'only yes is yes' had to be studied because the objective was not to reduce penalties, alleging that what he conveyed that day was "common sense".

This is how María Jesús Montero has expressed herself in statements to the media from the corridor of the Senate when asked about the statements of members of United We Can on the position of some socialist ministers.

In this context, Minister María Jesús Montero has stressed her idea that the objective of this regulation was not to reduce penalties, although she has shown herself prudent, along the same lines as Pedro Sánchez, when waiting for the pronouncement of Justice.

‹ ›
Keywords:
AEATPSOEMaría Jesús Montero
Your comment has been forwarded to the administrator for approval.×
Warning! Will constitute a criminal offense, illegal, threatening, offensive, insulting and swearing, derogatory, defamatory, vulgar, pornographic, indecent, personality rights, damaging or similar nature in the nature of all kinds of financial content, legal, criminal and administrative responsibility for the content of the sender member / members are belong.
Related News