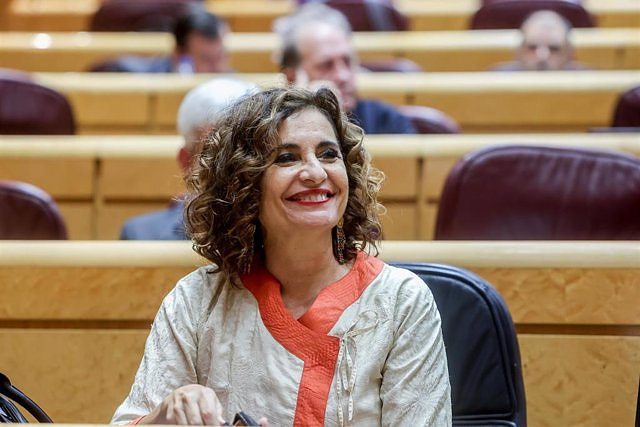 The Minister of Finance and Public Function and Deputy Secretary General of the PSOE, María Jesús Montero, has indicated that the law for the comprehensive guarantee of sexual freedom, known as the law of 'only yes is yes', should be "studied" after the revisions sentences and reduced prison sentences for several convicted of sexual abuse.

When asked about it this Tuesday in the corridors of the Senate, Montero has shown herself to be in favor of "studying the sentences carefully and studying the legal text" because in her opinion it is evident that the purpose of this law was not to lower the penalties for child abuse but "quite the opposite.

"Therefore it would be necessary to study both the sentences, to see what issues are covered and the legal text itself," he reiterated.

The minister has made these statements after the Spanish courts have already reviewed at least three sentences after the approval of the 'law of only yes is yes' -promoted by the Minister for Equality, Irene Montero- and have reduced the sentences of prison to three convicted of sexual abuse of minors considering that the reform of the Penal Code is "more favorable to the prisoner".

‹ ›
Keywords:
AEATPSOECrímenesAbusos SexualesMaría Jesús Montero
Your comment has been forwarded to the administrator for approval.×
Warning! Will constitute a criminal offense, illegal, threatening, offensive, insulting and swearing, derogatory, defamatory, vulgar, pornographic, indecent, personality rights, damaging or similar nature in the nature of all kinds of financial content, legal, criminal and administrative responsibility for the content of the sender member / members are belong.
Related News