Sweden's Prime Minister, Magdalena Andersson, has accepted her defeat against the right-wing bloc in last Sunday's general elections and has announced her resignation as head of government, a position she has held since November last year. 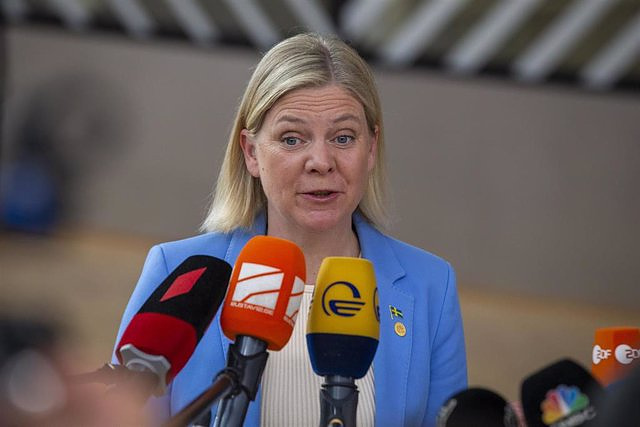 Sweden's Prime Minister, Magdalena Andersson, has accepted her defeat against the right-wing bloc in last Sunday's general elections and has announced her resignation as head of government, a position she has held since November last year.

Andersson has called a press conference this Wednesday in which, firstly, he has recognized that the alternative government of the Moderate Party, led by Ulf Kristersson, is the one that has received the most support from the public.

Thus, the prime minister has announced that on Thursday she will present her resignation to the president of Parliament, Andreas Norlen, although she has clarified that she will continue to lead the Social Democratic Party, with whom she says she will lead the opposition to the new Executive.

Despite the fact that the Social Democratic Party has been the most voted formation, with 30.4 percent of the support, the bloc formed by the Moderate Party and the far-right Sweden Democrats is the one with the majority.

However, Andersson has clarified that if Kristersson is ultimately unable to form a government, she will be willing to "cooperate with anyone who wants to be part of the solution to the problems facing Sweden."

Kristersson, for his part, has already confirmed that he has started talks to form a government. "The moderates and the other parties on my side have received the mandate for change that we asked for," he said.

"Now I am starting the work of forming a new effective government (...) I want to join, not divide," he said in a video posted on his Instagram social network profile, picked up by Swedish public television SVT.