Maduro expresses his willingness to provide energy resources to Europe and the US: "Venezuela is here" 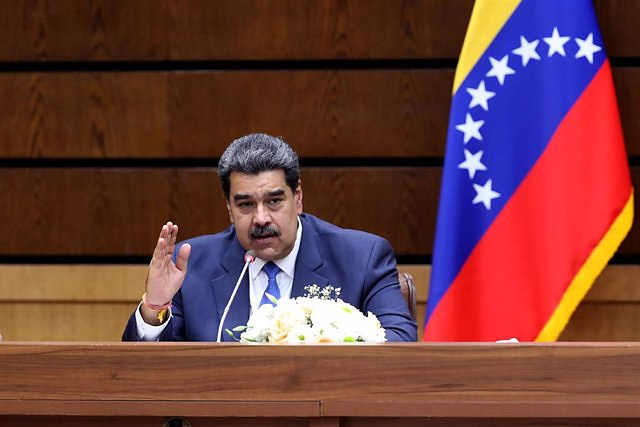 The president of Venezuela, Nicolás Maduro, has expressed this Friday his willingness to provide energy resources to Europe and the United States, alleging that a crisis in the supply of gas and oil during the winter could be "tragic".

"Now winter is coming in the north, there is a crisis in the supply of gas, oil, a crisis that could be tragic and I tell Europe and the president of the United States, Joe Biden, Venezuela is here," said the president. Venezuelan during a visit to a petrochemical complex in the north of the country.

Maduro has stressed that Venezuela "will always be here at the order" of the country's oil and gas to "stabilize the world and to help whoever needs help."

Likewise, he stressed that the Latin American country is "ready and prepared" to export its fossil fuels "to all the markets that are necessary."

The United States Government has had on the table for months a possible reduction of sanctions against Venezuela that would allow this country, among other things, to produce more oil and sell it on the international market, with the indirect objective of further isolating Russia after the military offensive launched in Ukraine.

In addition, the threat of a possible cut in the supply of gas from Russia to the countries of the European Union during the winter has led the Twenty-seven to look for alternatives in other countries that supply fossil fuels.

‹ ›
Keywords:
VenezuelaEstados UnidosNicolás MaduroPetróleo
Your comment has been forwarded to the administrator for approval.×
Warning! Will constitute a criminal offense, illegal, threatening, offensive, insulting and swearing, derogatory, defamatory, vulgar, pornographic, indecent, personality rights, damaging or similar nature in the nature of all kinds of financial content, legal, criminal and administrative responsibility for the content of the sender member / members are belong.
Related News