Estimates the appeal filed by the airline, which received 53 million from SEPI, and annuls the summons agreed by the judge. 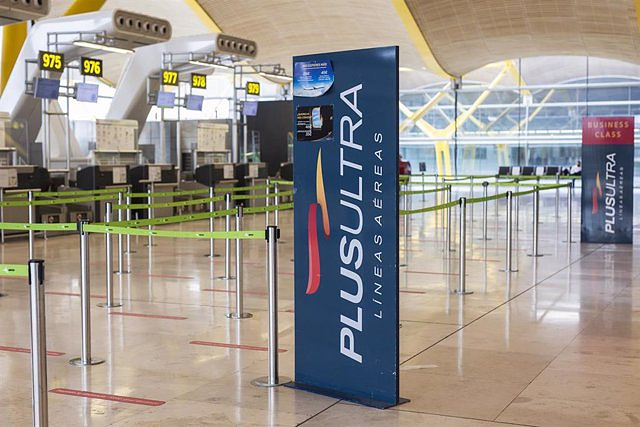 Estimates the appeal filed by the airline, which received 53 million from SEPI, and annuls the summons agreed by the judge

The Court of Madrid has given the reason to Plus Ultra when concluding that "it is not possible to agree" the declaration as investigated of its legal representative because "the period of 12 months provided" for the development of the investigation into the alleged irregularities in the granting of public aid of 53 million euros that it received from the State Company of Industrial Participations (SEPI).

In an order, to which Europa Press has had access, the magistrates have upheld the appeal filed by the airline and have annulled the resolution in which the head of the Investigating Court Number 15 of Madrid cited her as an investigated .

The Second Section has explained that, "if the practice of proceedings after the deadline is admitted, the constitutional right to a process with all the guarantees and effective judicial protection would be violated."

In this sense, the Provincial Court has stressed that the expiration of the term entails the "infeasibility of incorporating new instructional material", so it would not be possible to carry out additional actions, "not even the one that would be the first call to the process of the later accused ".

The magistrates have stressed that the investigation period has already "exhausted" "without having been interested in its extension." Thus, they have recalled that the 12 months constitute an "insurmountable" procedural ceiling.

"The deadlines agreed in article 324 of the Criminal Procedure Law (LECrim) are not flexible, but imperative or exhaustive, so that exceeding them exhausts the possibilities of continuing to instruct," they added.

The declaration of the legal representative of Plus Ultra was scheduled for June 15, but the investigating magistrate suspended the appointment to study whether or not to comply with the airline's request to annul its accusation.

The company asked the magistrate to withdraw her accusation considering that the decision was adopted outside the investigation period. "All the procedures agreed upon after April 8, 2022 are null and void," the company defended in its appeal, in which it also took the opportunity to request the filing of the procedure, as it had requested on previous occasions.

According to the documentation to which Europa Press had access, the Prosecutor's Office and the Lawyers informed the judge that they agreed with the Plus Ultra argument. They all concluded that the airline's accusation was invalid because it was agreed after the deadline, since the case expired on April 8, one year after the investigation was opened. Manos Limpias, PP and Vox urged to continue with the interrogation of the company's legal representative.

The head of the Court came to summon the airline after the confrontation on March 29 between the experts who wrote the report commissioned by the court and those who signed the one requested by SEPI. Both teams presented their conclusions on the financial situation of the company and the necessary requirements to apply for the subsidy.

During the confrontation, the independent experts questioned whether the company could receive the 53 million euro subsidy, while those from Deloitte and DC Advisor defended SEPI's decision to grant the aid. Thus, the two teams ratified themselves in the reports that they provided to the court and that they already defended on January 18 in a first confrontation that had to be repeated as a result of a technical failure.

After that appearance of the experts, the State Attorney sent a letter to the Court to request -again-- the file of the procedure, considering that the procedure "comes to confirm" what has been repeatedly stated: that the existing discrepancies regarding the financial situation of the airline are of a "strictly technical" nature. Plus Ultra also requested the file.

‹ ›
Keywords:
SEPI
Your comment has been forwarded to the administrator for approval.×
Warning! Will constitute a criminal offense, illegal, threatening, offensive, insulting and swearing, derogatory, defamatory, vulgar, pornographic, indecent, personality rights, damaging or similar nature in the nature of all kinds of financial content, legal, criminal and administrative responsibility for the content of the sender member / members are belong.
Related News