Lula increases his lead over Bolsonaro in a new poll 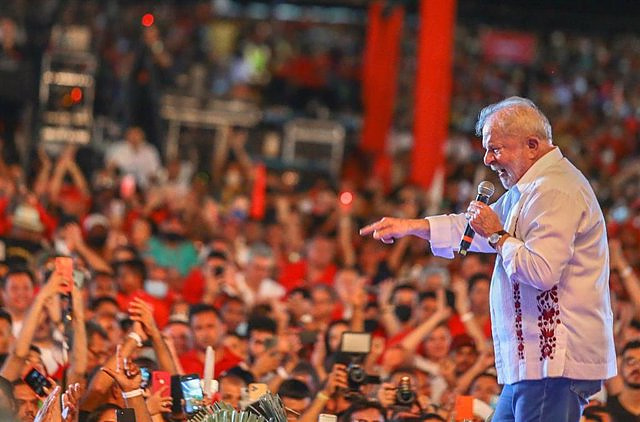 The candidate of the Workers' Party (PT) for the Presidency of Brazil, Luiz Inácio Lula da Silva, could obtain in the first round up to 44 percent of the votes against the Liberal Party (PL) of the Brazilian president, Jair Bolsonaro, that would reach 31 percent, according to a survey released by the consulting firm Ipec on Monday night.

Lula da Silva's advantage over Bolsonaro remains stable compared to the previous survey, conducted a week ago by the same institute, which indicated that the former president could obtain 44 percent support compared to 32 for the current president.

Therefore, support for Lula has increased by one percentage point compared to last week, reaching a difference of 13 points according to data from the survey collected by 'Folha de S.Paulo'.

Likewise, the more than 2,000 people consulted by Ipec have indicated that in a second round they would support the PT candidate by 52 percent, compared to 36 percent of support for Bolsonaro.

The difference between the two has gone from 13 to 16 points in relation to last week's survey, when both had 50 and 37 percent, respectively.

In the first round, after Lula and Bolsonaro, they are followed by former Minister Ciro Gomes (Democratic Labor Party, PDT), with 8 percent, and Senator Simone Tebet (Brazilian Democratic Movement, MDB-MS), with 4 percent. In the other survey, conducted between August 26 and 28, both had 7 and 3 percent voting intention, respectively.

Ipec surveyed 2,512 Brazilians between September 2 and 4 in 158 municipalities throughout the country, with a margin of error of two percentage points and a confidence level of 95 percent.