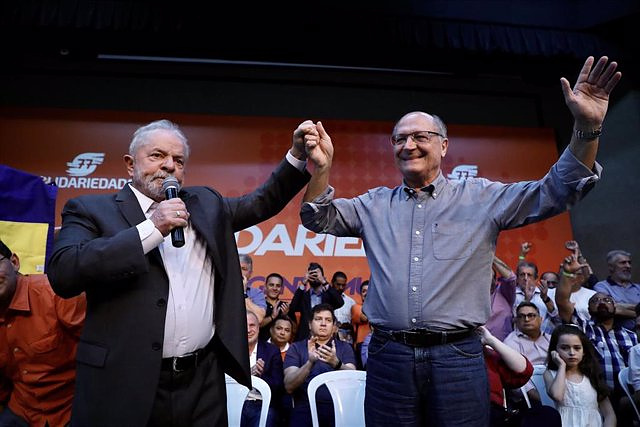 The former president and candidate for the next presidential elections in Brazil, Luiz Inácio Lula da Silva, defended this Friday a relationship of "respect" with the Brazilian Armed Forces if he wins the elections.

"I have never had any problem with the Armed Forces because the Armed Forces have their functions established in the Constitution. The Armed Forces never ask the reason for a president's decision, they simply comply with them," Lula da Silva snapped in a convention of the Brazilian Socialist Party held in Brasilia, reported 'Correio do Povo'.

Lula da Silva has maintained his commitment to establishing a relationship of respect in which "each one fulfills his role", and in which the president does not treat the Armed Forces "as if they were an object in his hand", alluding to the use that the Brazilian president, Jair Bolsonaro, makes of the military, questioning the reliability of the electoral system.

In this sense, the presidential candidate has criticized his opponent for questioning the electronic voting system without evidence. "Whoever alleges fraud has to prove it, and whoever does not prove it has to be punished for the farce of accusing. Let Bolsonaro go because of all the damage he has caused to the country," he declared, according to the newspaper 'Globo.com'. '.

Lula has also defended that he will continue to campaign in the streets and has assured that it "must be adopted by supporters." The Workers' Party had recommended the former president directly avoid the public "for security reasons" due to the polarization that the country is experiencing.

For the presidential elections in Brazil, which will take place on October 2, Lula da Silva starts as the favorite, as marked by the latest Datafolha survey, which gives Bolsonaro 34 percent in intention to vote, very far from the 57 percent that the former president would have.