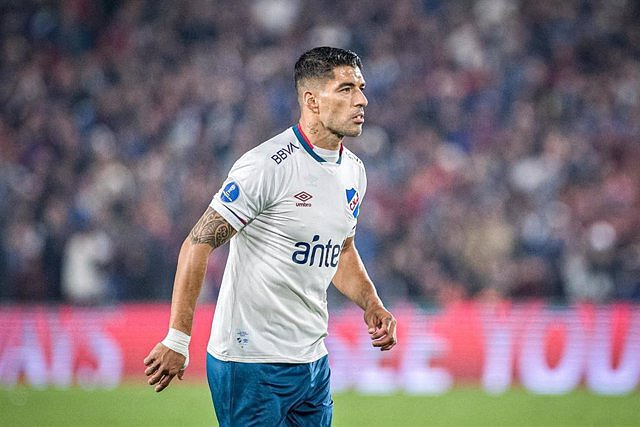 Uruguayan striker Luis Suárez made his debut with Nacional, on his return to the team in which he was trained after 16 years, with a defeat against the Brazilian Atlético Goianiense (0-1) in the first leg of the quarterfinals of the CONMEBOL Cup South American, the second continental competition after the Libertadores.

Luis Suárez entered the field in the 73rd minute with that 0-1 on the scoreboard, and in his minutes on the field of play he was close to a goal that did not come and that leaves Nacional in trouble for the second leg of the 10th of August.

After 16 years of adventures in Europe at Groningen, Ajax, Liverpool, FC Barcelona and Atlético de Madrid, the Uruguayan international returned to his 'home', to a Nacional where he was received as a hero, but he could not avoid defeat or come back from Fernando's decisive goal, an unstoppable header, in the 24th minute of the game.

In those just over 17 minutes on the pitch, he executed a direct free kick that crashed into the barrier, gave more rhythm to the final stretch of the attack and, in almost the last play of the match, gave a key pass so that Ramírez finally crashed the ball against the stick.

A good debut for Luis Suárez, who is still not in his best form but has already had time to scold his teammates, make live changes on the pitch and begin to fine-tune his aim. The duel remains for him to try to keep Nacional dreaming of this Copa Sudamericana.

"Happy to play again in Nacional. Sad for the defeat but convinced that we can turn the result around. Come on, we can, all together!" Luis Suárez himself wrote on his networks after his 'debut' match with National.