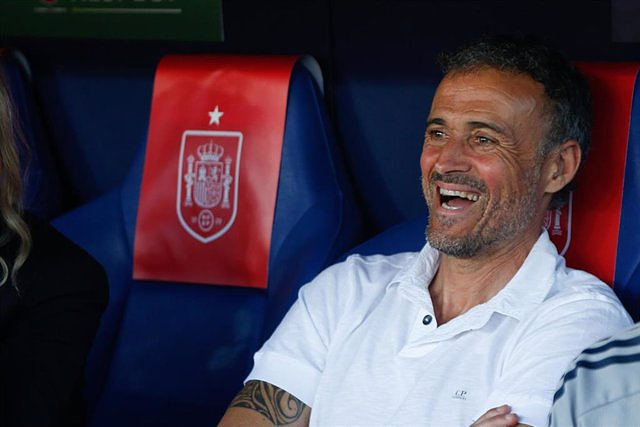 The national football coach, Luis Enrique Martínez, will publish the next squad list next Friday, September 16, at 11:30 a.m. through all the social networks of the Spanish team, a call for the matches against Switzerland and Portugal of the group stage of the League of Nations.

According to a statement issued by the Royal Spanish Football Federation (RFEF), the coach will appear before the media at 12:30 p.m., in the Ciudad del Fútbol de Las Rozas, after announcing the list of players who will be able to participate in the last two meetings of the group stage of the Nations League and that Spain faces as leader with 8 points after four days.

The match against Switzerland will be played at the La Romareda stadium in Zaragoza on Saturday, September 24 (8:45 p.m.), with all tickets already sold. While Luis Enrique's team will close the qualifying phase to reach the Final Four of the League of Nations -which will be played in June 2023- at the Braga Municipal Stadium against Portugal on Tuesday 27 (20.45).

The concentration to play these two matches will start on Monday, September 19 at the Ciudad del Fútbol de Las Rozas. It will be the last before facing the World Cup in Qatar, which will start for Spain on November 23 against Costa Rica. Germany and Japan will be the other rivals in the group stage.