Lorenzo Brown: "Being with Spain is the opportunity of a lifetime, I haven't been able to say no" 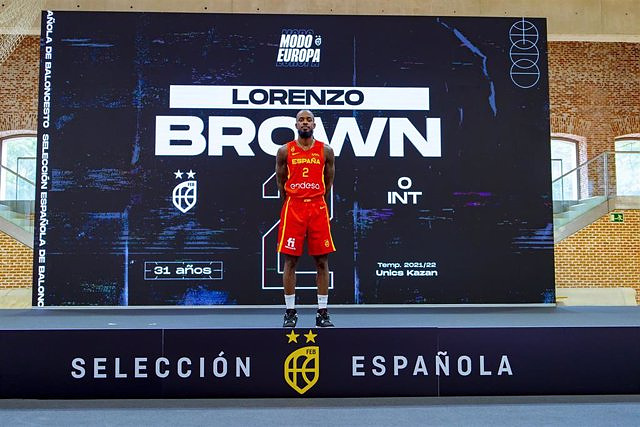 The base Lorenzo Brown recognizes that playing the Eurobasket in September with the Spanish team was "the opportunity" of his "life" and the one that he could not "say no", and avoided entering into controversies about his nationalization because he has come "to play to basketball".

"What has brought me here is an opportunity that has been presented to me and to which I have not been able to say no, so, as I have said, being here is the opportunity of a lifetime," said Lorenzo Brown this Tuesday after the presentation. of the national team in Madrid.

The player, nationalized last month, explained that "the talks started last year" when he was a UNICS Kazan player. "I received a call from my agent and I spoke with the coach and I couldn't say no. Looking at this team, seeing players like Pau or Marc (Gasol) play. For me it's an honor and I'm excited to start, I'm ready to learn and continue my path here," he said.

The game director wanted to get away from the controversy generated around his express nationalization, for which he had to give up his US passport. "I have never liked to get into political things, I don't think it's my subject, I have come here to play basketball," he settled.

The new Maccabi player thanked "the federation and the players" for allowing him to join the team. "It is an honor to wear this shirt, I could not have imagined in my life to be in a situation like this." He even cheered up with a phrase in Spanish: "I am very happy to be here."

Brown defined his arrival to the team as "a wonderful feeling" and praised the two team captains, Rudy Fernández and Sergio Llull. "I watched Rudy play in my youth and he is one of my favorite players on this team, he is a great pitcher and meeting him is an honor because he is a good guy off the court as well," he said.

The Real Madrid point guard, who will be his rival for the position, also had good words for him. "Sergio is Sergio, since I came to Europe I have heard about him, the great things he has done, I have been able to see him during the years I have been here and it is great. I have come here to learn and improve with him", he assured Brown.

"I love basketball, it has taken me to many places, playing in Europe has made me improve and playing with these players will make me even better because it is a 'top' team, a 'top' team and it is an honor to be here I am very grateful," he concluded.