Lopetegui: "We didn't get the win due to a lack of success, especially in the first half" 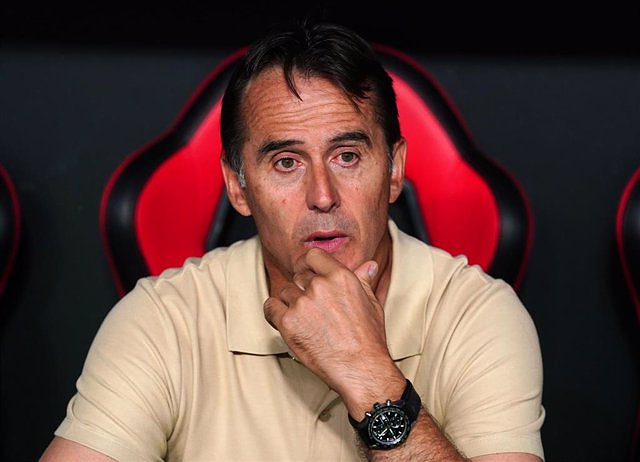 Sevilla's coach, Julen Lopetegui, regretted that "the lack of success, especially in the first half" deprived them of getting the three points this Wednesday in the visit to Copenhagen in the Champions League, and acknowledged that for the future in the competition "the double game with Borussia Dortmund is going to be very important".

"We wanted the three points and we probably didn't get them because of the lack of success we had, especially in the first half. In the second we had some, but in the first there were many chances and in the Champions League, and in football, if you don't have success in the area, it's complicated," Lopetegui told the club's official media.

On the other hand, "as a positive fact", Asteasu's man celebrated that they achieved "the first clean sheet of the season in a complicated field" and also did it "in a powerful setting at the environmental level and with very young kids behind".

In this sense, he was satisfied with the performance of Carmona and Kike Salas, who did "both them and the rest of their teammates on a defensive level". "We have conceded a few crosses and a few free kicks, but I don't remember any clear chances," he warned.

"We have had enough because having four or five clear in the Champions League is not easy, but we have not been successful and that is why we leave with a point. We have done a good job and now we are going to play in the double game with Dortmund the fate of This group. There are twelve points left, the direct confrontation with Dortmund and then the return of these two that we have played. It is what remains, but now the double game with Dortmund is going to be very important", Lopetegui sentenced.