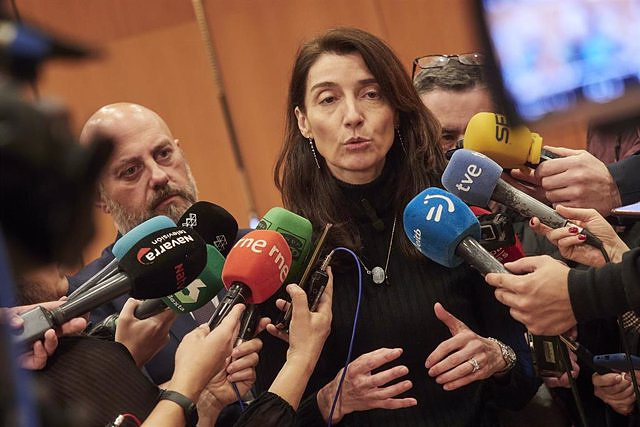 The Minister of Justice, Pilar Llop, has appealed to "high politics" in the face of "insults" and "lack of respect" using "privileged lecterns" such as that of the Congress of Deputies and that set "a very bad example" to citizens and youth.

Asked about the latest episodes of tension in Congress, such as the macho insults to the Minister of Equality, Irene Montero, by a Vox deputy, Llop has appealed to "good politics, to high politics that what he does is to really focus on people's problems. "When noise is made, when insults are used, it is really done because there are not enough arguments to counter the opinion of the political opponent," she said.

For the minister, "insults are absolutely reprehensible, I myself also suffered them the other day in the budget debate session." "I think that any type of insult, any lack of respect, must be absolutely rejected, because we are also setting a very bad example for the public and young people," she warned.

"What kind of society do we want, what model of society, if we see that public officials pour out insults at the parliamentary headquarters itself, using those privileged settings, from a lectern in the Congress of Deputies?", he asked.

For this reason, he has called for "responsibility, respect, tolerance and, above all, for no one to believe that they are more than anyone else. We are all equal and we must respect each other in those human values".