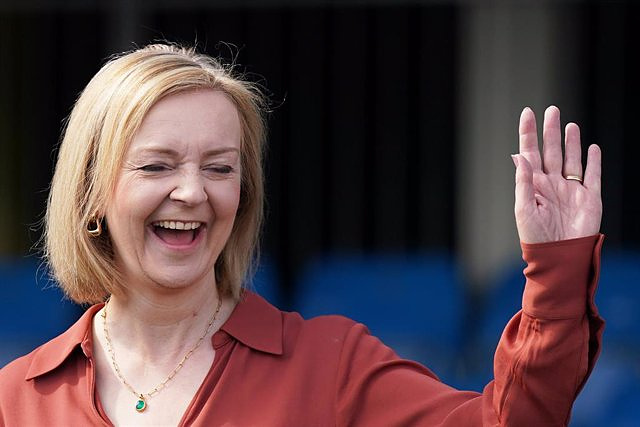 The British Foreign Minister, Liz Truss, has emerged the winner of the primaries held within the Conservative Party to elect the replacement for its current leader, Boris Johnson, for which she will become the new Prime Minister of the United Kingdom.

Truss has prevailed in the final vote - open to all militancy and which ended on Friday - former Finance Minister Rishi Sunak by a wide advantage: he has achieved 81,326 votes, compared to 60,399 obtained by his direct rival.

Following confirmation of her victory, Truss will formally become Prime Minister on Tuesday, when she travels to Balmoral to meet Queen Elizabeth II. The renewal process announced by Johnson in his resignation speech on July 7 will then be completed.

As soon as the results were known, Truss has taken the podium to advance some of his main political lines, which include tax cuts or changes in energy matters. "I have campaigned as a Conservative and I will govern as a Conservative," she stressed.

The new leader has appealed to the unity of the party and has promised to work to obtain "a great victory" in the 2024 elections. The 'Tories' now have an absolute majority in the House of Commons, but the voting intention polls place ahead of Labour.

Truss has included among the thanks of his first speech his "friend" Boris Johnson, from whom he has not distanced himself in recent months despite the scandals. He has recalled some of his successes, among which he has cited Brexit, the vaccination campaign against COVID-19 or the political pulse of Vladimir Putin's Russia.