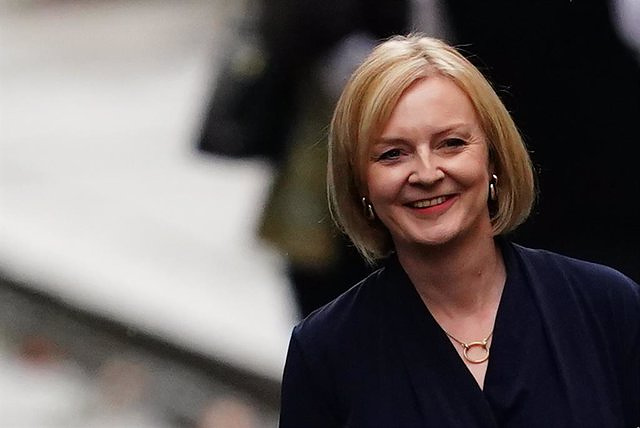 The new prime minister of the United Kingdom, Liz Truss, has spoken during the night of this Tuesday with the president of the United States, Joe Biden, with whom she has agreed to strengthen the relations of both countries as well as to guarantee the failure of the Russian president, Vladimir Putin , in Ukraine.

"Leaders have reinforced their commitment to strengthening global freedom, addressing the risks posed by autocracies and ensuring Putin's failure in Ukraine," said a Downing Street spokesman, according to the BBC.

"The prime minister looks forward to working with President Biden as leaders of free democracies to address common challenges, particularly the extreme economic problems unleashed by Putin's war," she said.

The two leaders have discussed "the enduring strength of their special relationship," and have agreed to build on that union, including fostering their defense alliances through NATO and AUKUS -- the alliance formed by the United Kingdom, United States and Australia--.

Likewise, Truss and Biden have spoken on a range of national issues and have stressed the importance of protecting the Good Friday Agreement (also called the Belfast agreement), adding that they hope to meet soon, according to the aforementioned network.

‹ ›
Keywords:
Reino UnidoEstados UnidosRusiaVladimir PutinUcraniaJoe Biden
Your comment has been forwarded to the administrator for approval.×
Warning! Will constitute a criminal offense, illegal, threatening, offensive, insulting and swearing, derogatory, defamatory, vulgar, pornographic, indecent, personality rights, damaging or similar nature in the nature of all kinds of financial content, legal, criminal and administrative responsibility for the content of the sender member / members are belong.
Related News