Liverpool starts with a stumble at Fulham's home 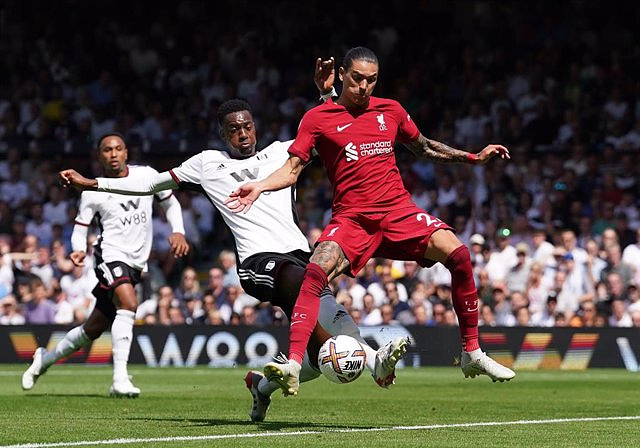 Liverpool signed the first stumble of the season after drawing with Fulham (2-2) on their debut in the 2022/23 Premier League, thanks to a saving goal from Mohamed Salah ten minutes from the end; while Chelsea did not fail and won at home against Everton (0-1) in Marc Cucurella's debut as a 'blue' player.

Jurgen Kloop's pupils were thick in their debut and could only save a point against Fulham, a recently promoted team that wasted enthusiasm and hunger from the beginning. After half an hour they were already winning with a goal from Aleksandar Mitrovic, his great reference in the final meters.

The 'reds' had to wait until 64 minutes to level the match through debutant Darwin Núñez. The Uruguayan striker from Benfica kicked his heel out of his hat and froze the stands of the legendary Craven Cottage, who soon found reasons to smile again with a penalty converted by Mitrovic.

However, Liverpool did not leave empty and ended up equalizing in the 80th minute when Núñez yielded -in his attempt to finish off- a very clear goal ball for Salah. "We started exactly the opposite way we wanted," Klopp said after the draw. "I am happy for this punishment received to have lost two points," he added.

For their part, Chelsea needed a very hard-fought match to emerge victorious from Goodison Park (0-1) with a penalty goal, the work of Jorginho, in extra time in the first act. Marc Cucurella made his debut with the Londoners, the third most expensive Spanish player in history, in the last 15 minutes, in which he combined very well with Raheem Sterling.

In addition, in other games this Saturday, Tottenham thrashed Southampton (4-1) after starting losing, Leeds United beat Wolverhampton by a minimum (2-1) with a great goal from Spanish Rodrigo Moreno and Nottingham returned to the Premier 23 years later with a 2-0 loss to Newcastle.