Óliver Torres and Tecatito, discarded from Sevilla for the 'Champions' 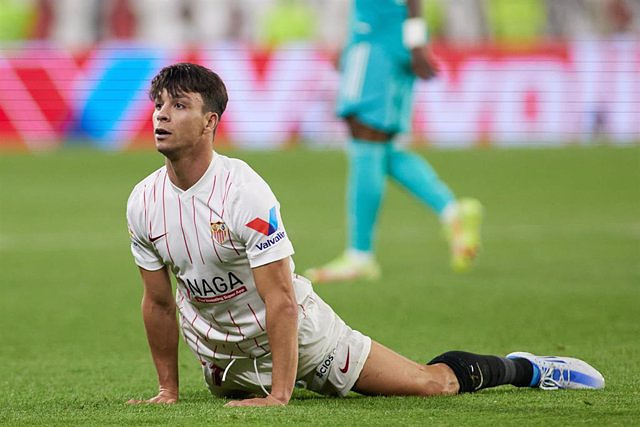 Spanish midfielder Óliver Torres and Mexican striker Jesús 'Tecatito' Corona are the two discarded by Sevilla FC in the list of players registered for the group stage of the Champions League, which the Andalusian team begins this Tuesday against Manchester City, The Nervionense club has announced this Sunday.

The Extremaduran is the great absence on the A list offered by Julen Lopetegui, who has not included the Mexican either, who will not be ready after the fibula and deltoid ligament in his left ankle were fractured on August 18 during training, an injury that will keep him between four and five months off.

UEFA's A list is made up of 17 free-registration players, four players from the country's Federation and another four who have played for three years in the academy between the ages of 15 and 21. In list B, which can be modified game by game, there is room for youth players under 21 (in this list are, among others, José Ángel Carmona, Kike Salas and goalkeeper Alberto Flores).

‹ ›
Keywords:
MéxicoChampions LeagueSevilla Fútbol Club
Your comment has been forwarded to the administrator for approval.×
Warning! Will constitute a criminal offense, illegal, threatening, offensive, insulting and swearing, derogatory, defamatory, vulgar, pornographic, indecent, personality rights, damaging or similar nature in the nature of all kinds of financial content, legal, criminal and administrative responsibility for the content of the sender member / members are belong.
Related News