He insists that the CGPJ must name its two candidates for the TC although he warns that it may not be on Thursday. 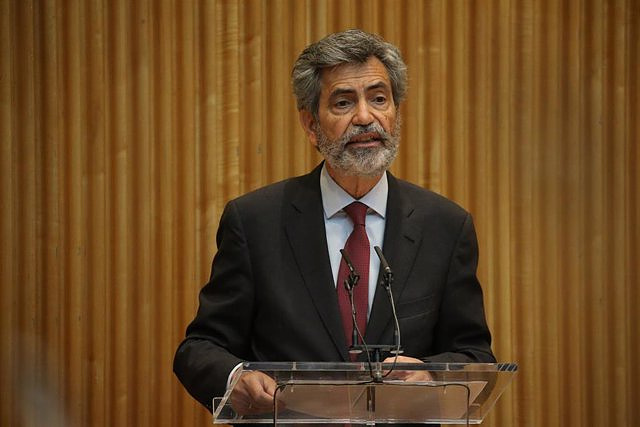 The president of the General Council of the Judiciary (CGPJ), Carlos Lesmes, has denied this Monday having made maneuvers to reach the Constitutional Court (TC) and has ruled himself out to be a candidate for the guarantee body in "the immediate future".

"As president of the CGPJ, at this juncture it would seem indecent for me to take advantage of the position to obtain that advantage. Whoever is saying something else is lying with interest. I have no intention of going to the TC in the current circumstances. And in the immediate future Of course, neither. And in three years, five, six, I don't know," he said in statements to the press after the inauguration of the new State Attorney General, Álvaro García Ortiz, in the Supreme Court. .

Lesmes explained that the Plenary Session of the Council was convened for the 8th "so that it was within the legal period set by the law that returns to the CGPJ the powers for the appointment of the magistrates of the Constitutional Court."

"The appointment must be made on the 8th, if possible, and if not the following days", he added, although he acknowledged that "it is difficult to find wills directed towards the same person". "That is the difficulty of these appointments," she stressed.