Leclerc signs the pole in Monza and Alonso will start sixth

Sainz will start from the bottom of the grid due to suspension and Verstappen, seventh. 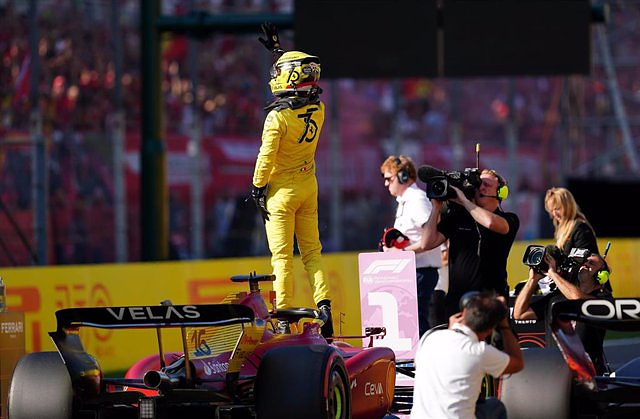 Sainz will start from the bottom of the grid due to suspension and Verstappen, seventh

The Monegasque driver Charles Leclerc (Ferrari) will start from pole this Sunday in the Italian Grand Prix race, the sixteenth round of the Formula 1 World Championship, a position from which he will try to take advantage of the penalties of his main rivals, just like the Spanish Fernando Alonso (Alpine), who will start sixth.

With a time of 1:20.161, which allowed him to beat the Dutchman Max Verstappen (Red Bull) and the Spanish Carlos Sainz (Ferrari) on the time table, Leclerc guaranteed himself the first starting position in an unusual race in which half of the grid will have to serve penalties.

The leader of the World Championship will fall to seventh place, just behind an Alonso whose lap was canceled for exceeding the limits of the track and who finished tenth in Q3, while the Madrid driver will have to start from the bottom of the grid, like the British Lewis Hamilton (Mercedes) and the Japanese Yuki Tsunoda (Alpha Tauri).