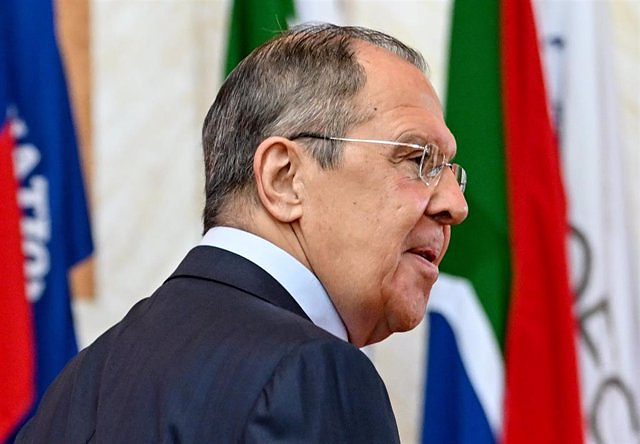 Russian Foreign Minister Sergei Lavrov said on Tuesday that he hopes that Russia's relations with the United Kingdom "will not worsen" once the new British Prime Minister, Liz Truss, takes the reins of the country.

"I think that Liz Truss has a high priority: before finally formulating her attitude towards Russia, which is patently negative, she will have to fix relations with her close neighbors," the head of Diplomacy said in statements during a press conference collected by the TASS agency.

Lavrov has warned that the new UK minister will have to decide on "who is the French president, Emmanuel Macron, a friend or an enemy", alluding to Truss's words about his counterpart in France last week, when he said that I did not know if it was a friend or an enemy of the United Kingdom.

"She (Truss) has her own principles, mainly adhering to a hard line in defense of UK interests without any desire to take into account the position of others or to make any compromises," Lavrov said.

"I don't think this will help maintain or strengthen that country's position on the international scene, which has been clearly diminished after Brexit. Now London has been actively trying to compensate for this loss of identity and influence in the European Union for a long time. taking quite drastic measures, including aggressive actions in relation to the situation that has developed around Ukraine. We all know it," he added.

Liz Truss became Prime Minister of the United Kingdom on Tuesday after meeting with Queen Elizabeth II at Balmoral, where the monarch invited the new tenant of 10 Downing Street to accept the position, thus ending the transfer of powers.

‹ ›
Keywords:
Reino UnidoRusia
Your comment has been forwarded to the administrator for approval.×
Warning! Will constitute a criminal offense, illegal, threatening, offensive, insulting and swearing, derogatory, defamatory, vulgar, pornographic, indecent, personality rights, damaging or similar nature in the nature of all kinds of financial content, legal, criminal and administrative responsibility for the content of the sender member / members are belong.
Related News