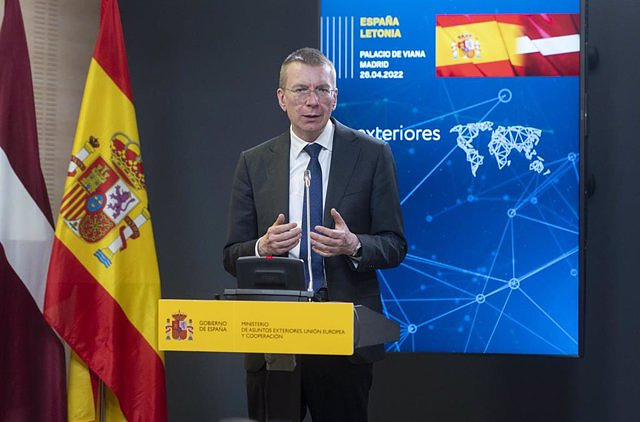 The Government of Latvia has clarified that it will not issue any humanitarian visa for Russian citizens who want to escape the "partial mobilization" announced this week by Russian President Vladimir Putin.

Foreign Minister Edgars Rinkevics has defended on Twitter the travel restrictions that came into force on Monday and, for now, Latvia will limit itself to consulting with other allies on possible "joint actions" following Putin's announcement.

Rinkevics has appealed to "security reasons" to justify an extraordinary reception of reservists who do not want to join the Russian Armed Forces, although he has also admitted that the risk of a military threat to Latvia remains "low".

‹ ›
Keywords:
RusiaLetoniaVladimir PutinUcrania
Your comment has been forwarded to the administrator for approval.×
Warning! Will constitute a criminal offense, illegal, threatening, offensive, insulting and swearing, derogatory, defamatory, vulgar, pornographic, indecent, personality rights, damaging or similar nature in the nature of all kinds of financial content, legal, criminal and administrative responsibility for the content of the sender member / members are belong.
Related News