Laporta: "I'm not a player, I take calculated risks" 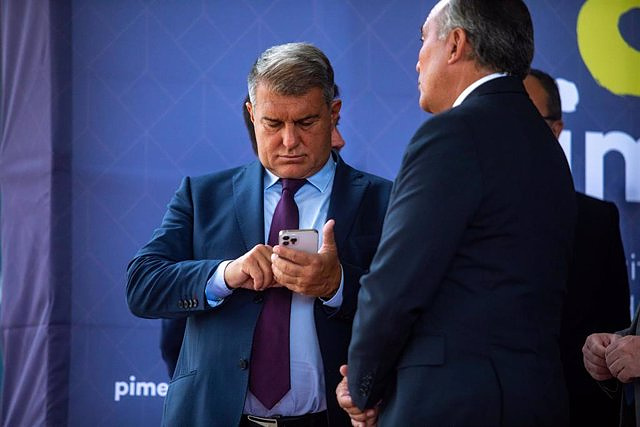 The president of FC Barcelona, ​​Joan Laporta, assured that he takes "calculated risks" after having approved the famous levers that condition the culé's economic future, but that have allowed him to compete in the market at a high level after the signings of Raphinha, Lewandowski and Koundé.

"I am not a player," Laporta declared. "I take calculated risks," said the Blaugrana chief in an interview with the 'New York Times', where he made a balance of Barça, required by the need to "win" and recover the investment made this summer.

Regarding the sale of rights, the last one specifically that of a percentage of 'Barça Studios', --added to the television rights to Sixth Street-- Laporta acknowledged in this interview that he did not want to do it. "That was a decision I honestly didn't want to make," he admitted.

However, Laporta insisted on the importance of winning again through investment. "Winning is a requirement, it's a universal human motivation. In my time we set very high expectations and we were successful," he added about his first term at Can Barça (2003-2010).

In addition, Laporta was also asked about Leo Messi. "I feel that I have, as president, a moral debt with him to give him the best moment of his career, or give him a better moment, for the end of his career", without explaining how he could 'reward' Messi in a hypothetical return to the County City.