Laporta: "Dembélé had a continuity proposal and we have no news that he has accepted it"

"We are about to reach an agreement with Gavi". 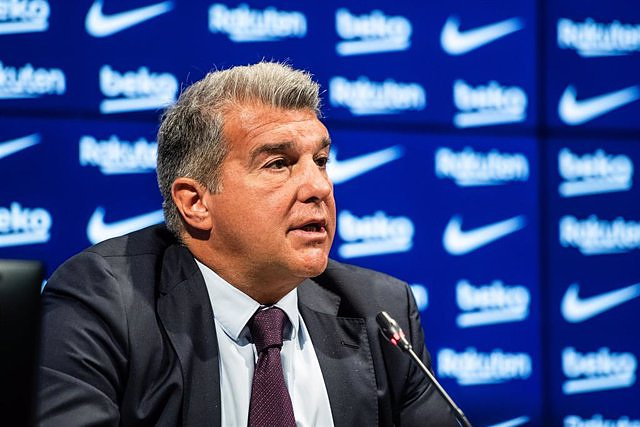 "We are about to reach an agreement with Gavi"

The president of FC Barcelona, ​​Joan Laporta, admitted that they have no news about whether Ousmane Dembélé has accepted the proposal for continuity of the Barça team, while in the case of Gavi they are "optimistic" because they are "about" to reach an agreement with the 17-year-old.

"Ousmane had a proposal from us for continuity and in principle we have no news that he has accepted it. With Gavi we are optimistic because we see that the player wants to continue at Barça and we know his representative, so we believe that we are about to arrive to an agreement", he said this Saturday in Mieres to participate in the III Meeting of the Federation of Supporters Clubs of Asturias and Cantabria.

Asked about the possibility of signing Robert Lewandoski, the president did not want to go into details. "I'm not going to comment on anything because he's a Bayern player and I don't want to be disrespectful," he said about the Polish striker, although right now FC Barcelona are focused on being able to activate two options that "vary the possibility" of entering a normality.

"We arrived a year ago, the club was in a terminal situation, we have restructured the debt, we have saved the financial costs, we have controlled the expenses, we have been increasing the income. At the same time we have managed the financing of the Espai Barça, a star project that It will help us grow in terms of the club's income and assets," he said about the work of the board.

An economic situation that affected the captains last season, who helped with the salary reduction. "They did an act of Barcelona. We will always be grateful. The gesture was very important and no one else did it", declared Joan Laporta.