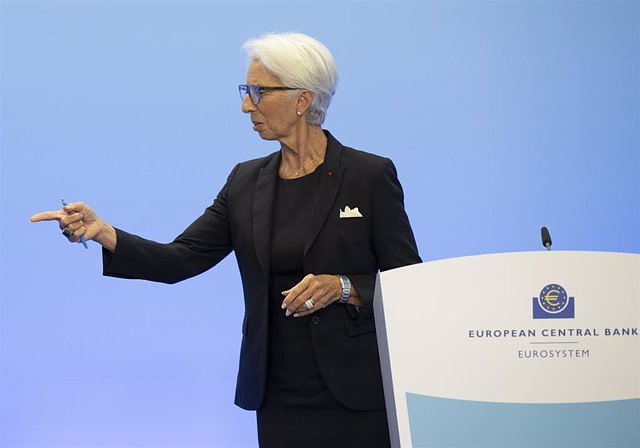 The president of the European Central Bank (ECB), Christine Lagarde, has stressed that the organization's commitment is to lower the current high inflation rates and return to the 2% target, but has recalled that monetary policy cannot act on the prices of energy.

In this sense, Lagarde has been satisfied that the European Commission is "considering taking steps" in this direction. In this way, she has indicated that monetary decisions can act on consumption and lower inflation, but that if the predominant causes of prices continue to rise, "it is a job for someone else."

The Frenchwoman has recalled throughout her speech that the ECB is operating under a logic of going from meeting to meeting, for which reason it has not given any future guidance beyond the fact that it is concentrating the increases at the beginning of the normalization path ('frontloading' ).

The entity's Governing Council decided this Thursday to raise interest rates by 75 basis points, so that the interest rate for its refinancing operations will be 1.25%, while the deposit rate will reach 0.75% and the loan facility, 1.50%.

This is the first time in the entire history of the ECB that such a large rise in the price of money has been undertaken. The last time a similar increase was applied was in 1999, as part of the transition process towards the adoption of the euro.

‹ ›
Keywords:
BCEChristine Lagarde
Your comment has been forwarded to the administrator for approval.×
Warning! Will constitute a criminal offense, illegal, threatening, offensive, insulting and swearing, derogatory, defamatory, vulgar, pornographic, indecent, personality rights, damaging or similar nature in the nature of all kinds of financial content, legal, criminal and administrative responsibility for the content of the sender member / members are belong.
Related News