Labor fines Glovo with 79 million and regularizes 10,600 of its workers

Díaz warns that "the weight of the law will fall on this company". 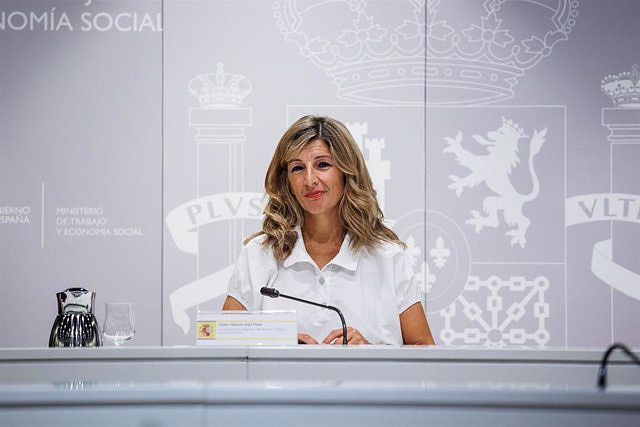 The Second Vice President of the Government and Minister of Labor and Social Economy, Yolanda Díaz, confirmed this Wednesday that the Labor Inspection has imposed a fine on Glovo of almost 79 million euros for failing to comply with the so-called 'Rider Law'.

Diaz, in statements to the press upon his arrival at the control session of the Government in the Congress of Deputies, has also stated that the situation of 10,600 workers of this company has been regularized.

The vice president has accused Glovo of "violating" the labor rights of its workers and of "obstructing" the work of the Labor Inspection, something that she has described as "very serious" in a social and democratic State of Law, in which the companies "have to comply with the law".

"We are facing an authentic performance of false self-employed and the weight of the law is going to fall on this company, as it has already fallen with the Inspection", warned the vice president.

As the SER chain has advanced this Wednesday, the Inspection has proceeded to regularize the situation of 8,331 Glovo workers in Barcelona and 2,283 workers in Valencia whom the food delivery company refused to put on the payroll.

The so-called 'Rider Law', in force since August 2021, forces digital delivery platforms to hire their delivery men as employees.

Thus, the law recognizes the presumption of employment of workers who provide paid delivery services through companies that manage this work through a digital platform, in line with the ruling issued by the Supreme Court in September 2020, in which it established that the delivery men are employed and not self-employed.

‹ ›
Keywords:
GlovoYolanda Díaz
Your comment has been forwarded to the administrator for approval.×
Warning! Will constitute a criminal offense, illegal, threatening, offensive, insulting and swearing, derogatory, defamatory, vulgar, pornographic, indecent, personality rights, damaging or similar nature in the nature of all kinds of financial content, legal, criminal and administrative responsibility for the content of the sender member / members are belong.
Related News