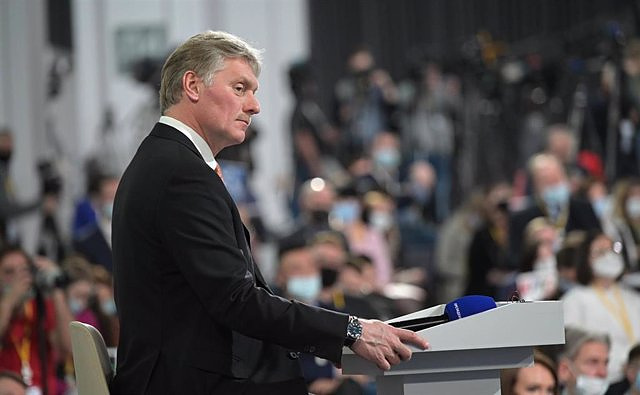 The spokesman for the Russian government, Dimitri Peskov, has assured that the Western sanctions have caused a "great global storm", despite which Russia has managed to maintain stability, according to what he stated in an interview published by the Russian agency TASS this Monday.

"World processes are currently having an adverse effect. Rather, a great global storm is beginning," the Kremlin spokesman said.

Peskov has pointed out that there are "objective reasons" and "subjective reasons" for "this storm": "They are associated with absolutely illogical and often absurd decisions and actions of the authorities" of the United States and the European Union.

In this sense, the Russian representative has assured that his country "is carrying out very intense, thoughtful and consistent work" to maintain economic stability.

This Sunday, Peskov blamed the European Union for the stoppage of gas shipments through the Nord Stream 1 gas pipeline, pointing out that "Europeans refuse to maintain their systems", a measure that they have to carry out by obligation of contract.

‹ ›
Keywords:
AlemaniaRusiaUcraniaUE
Your comment has been forwarded to the administrator for approval.×
Warning! Will constitute a criminal offense, illegal, threatening, offensive, insulting and swearing, derogatory, defamatory, vulgar, pornographic, indecent, personality rights, damaging or similar nature in the nature of all kinds of financial content, legal, criminal and administrative responsibility for the content of the sender member / members are belong.
Related News