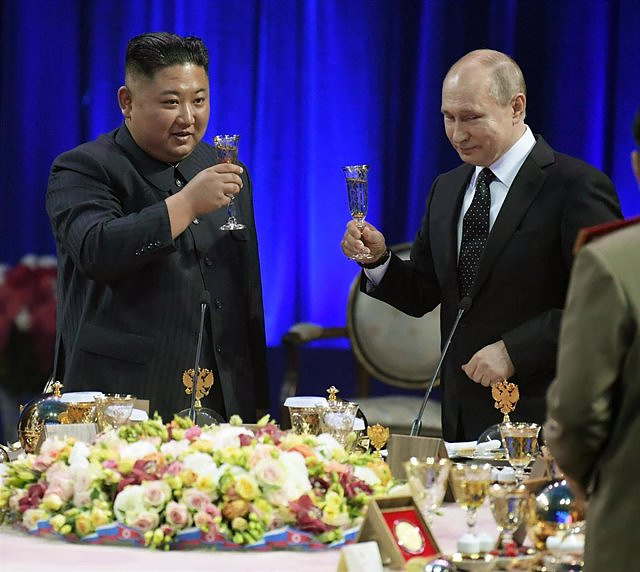 The leader of North Korea, Kim Jong Un, has expressed this Sunday his "full support" for the president of Russia, Vladimir Putin, coinciding with the celebration of Russia's national day, which commemorates the anniversary of the declaration of Russian sovereignty proclaimed in 1990.

"The Russian people have achieved great successes in achieving the just cause of defending the dignity and security of their country, as well as their right to development, while facing all kinds of challenges and difficulties under the leadership of the president," he said. the North Korean leader, according to the North Korean state agency KCNA.

Kim has positively valued the relationship between North Korea and Russia, since "they have a long history and tradition of friendship", as well as "good neighborliness". For this reason, he has opted to expand and develop his relations "according to the demands of the new times and the desire of the peoples of the two countries", although without mentioning the war in Ukraine.

On the other hand, the leader of North Korea has underlined the "radical turn" in the development of the deal between the two countries since their first meeting in Vladivostok (Russia) in April 2019.

"(Relations) will continue to be vigorously strengthened in all fields and the strategic and tactical cooperation between the two countries will become closer on the way to uphold international justice and ensure global security," he added.

‹ ›
Keywords:
RusiaCorea Del NorteVladimir Putin
Your comment has been forwarded to the administrator for approval.×
Warning! Will constitute a criminal offense, illegal, threatening, offensive, insulting and swearing, derogatory, defamatory, vulgar, pornographic, indecent, personality rights, damaging or similar nature in the nature of all kinds of financial content, legal, criminal and administrative responsibility for the content of the sender member / members are belong.
Related News