Kessie: "When you are Barça, you are a team made to win and people always expect more" 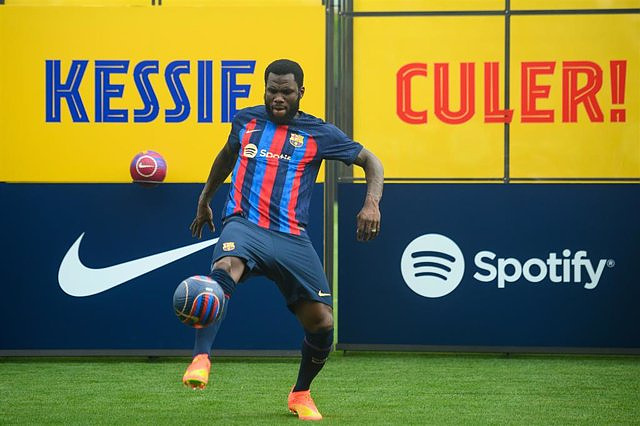 The Ivorian midfielder of FC Barcelona, ​​Franck Kessie, is clear that the Blaugrana club is by history "a team made to win" and that people will always expect "more", while he celebrated that "the good atmosphere" will allow the new signings adapt "quickly and well" to a philosophy known throughout the world.

"When you are Barça, you are a team made to win and people always expect more from Barça, which has always been one of the best clubs in the world," Kessie said in statements to the club's official media published on Thursday.

The medium assures that he has fit in well in his new club. "Everything is fine, my teammates have welcomed me very well, warmly, it's like coming to a second family. At the moment everything is going great and despite having several new players, we are going to give our best. The good atmosphere will allow the new adapt quickly and well," he stressed.

In addition, the Ivorian praised the coaching staff led by Xavi Hernández and who do "a great job". "We work hard to do great things this season," said Kessie, who is not "surprised" by the good game they are showing despite the new faces. "Although we are far away, everyone knows how Barça plays and the identity of the game does not change, it is the same, it is keeping the ball, having technical control of the ball. All the players on the team are very good", he stressed.