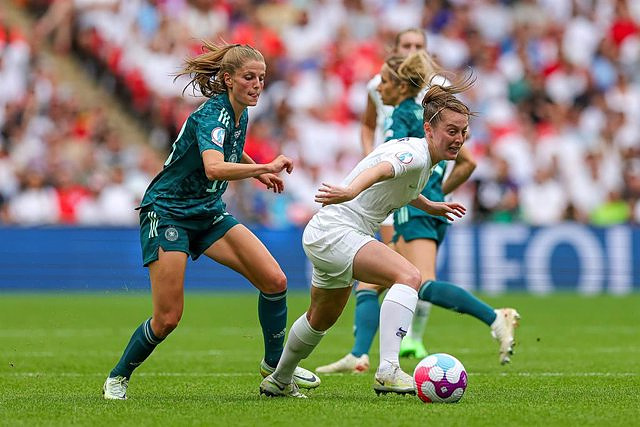 FC Barcelona confirmed this Wednesday the signing until June 30, 2025 of the English midfielder Keira Walsh, who was part of the national team that was proclaimed European champion on July 31 and who arrives from Manchester City.

"FC Barcelona and Manchester City have reached an agreement for the transfer of the player Keira Walsh. The Englishwoman signs a contract with the club until June 30, 2025. Once the qualifying commitments for the 2023 World Cup with England have been played, , the midfielder will arrive in Barcelona soon to join her new team," said the Catalan team.

Neither the Blaugrana club nor the 'citizen' club gave financial details about this transfer, although media reports indicate that the current Spanish champion would have paid 400,000 euros to the English team, which would make Walsh the most expensive signing in the history of women's football exceeding the 350,000 euros that Chelsea paid to Wolfsburg for the Danish striker Pernille Harder.

In this way, the team that Jonatan Giráldez trains gets another high-level reinforcement to opt for everything in this 2022-2023 season in which they will not be able to count on their star, Alexia Putellas. Barça recalled that Walsh, 25, is "considered one of the most outstanding midfielders in the world in the development of the game" and will arrive to strengthen the culé midfield.

The Englishwoman, chosen 'Best Player' in the final of the last European Championship against Germany, is leaving City with which she has won four league titles and three Cup titles, and will be able to play in the Champions League again since in the previous campaign and in this his team was eliminated by Real Madrid.

"Everyone at Manchester City wants to thank Keira for her contributions during her time at the club and wish her all the best for the future", the 'citizen' team dismissed the midfielder, the fifth signing from FC Barcelona after those of the defenders Lucy Bronze, who also left City this summer, and Nuria Rábano, and strikers Geyse Ferreira and Salma Paralluelo.