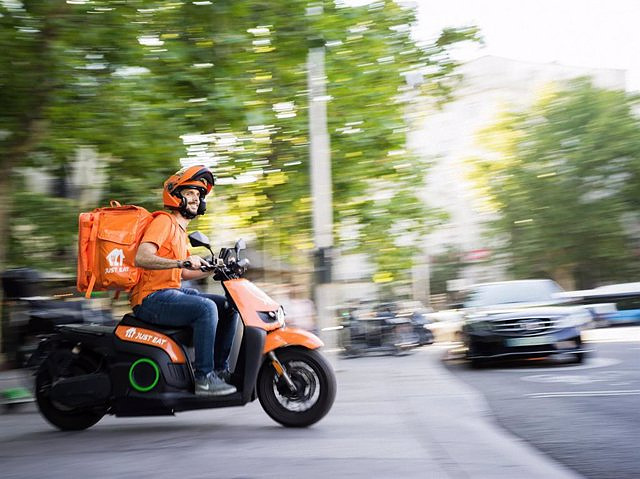 Just Eat Takeaway.com, the Dutch food delivery giant, recorded losses of 3,477 million euros in the first six months of the year, a figure seven times higher than the 'red numbers' of 486 million recorded in the same period of the preceding year, reported the multinational.

The company explained that its results largely reflect an adverse impact of 3,000 million due to the deterioration of goodwill related to the acquisition of Grubhub, due to the reduction of comparable valuations in the sector and the impact of increases in interest rates. interest and volatility of shares in technical valuation metrics.

In the first six months of 2022, Just Eat Takeaway.com recorded a negative adjusted gross operating profit (Ebitda) of €134 million, down 29% from the loss of €189 million in the first half of 2021.

The company's revenue through June on a combined basis grew 7% year-on-year to 2,779 million euros.

On the other hand, in the first half of the year the volume of company orders fell by 6.8%, to 509.4 million, after the record registered the previous year due to the pandemic, while the gross value of transactions ( GTV) remained stable at 14,187 million.

"After a period of exceptional growth, Just Eat Takeaway.com is now twice as large as it was before the pandemic," said Jitse Groen, CEO of the multinational.

"Our path to profitability is accelerating and we expect to continue to significantly improve our adjusted Ebitda in the second half of this year and to be positive adjusted Ebitda at the group level in 2023," he added.

‹ ›
Keywords:
EPAgroJust Eat
Your comment has been forwarded to the administrator for approval.×
Warning! Will constitute a criminal offense, illegal, threatening, offensive, insulting and swearing, derogatory, defamatory, vulgar, pornographic, indecent, personality rights, damaging or similar nature in the nature of all kinds of financial content, legal, criminal and administrative responsibility for the content of the sender member / members are belong.
Related News