Junts accuses ERC of facilitating Puigdemont's extradition: "We are not going to be accomplices" 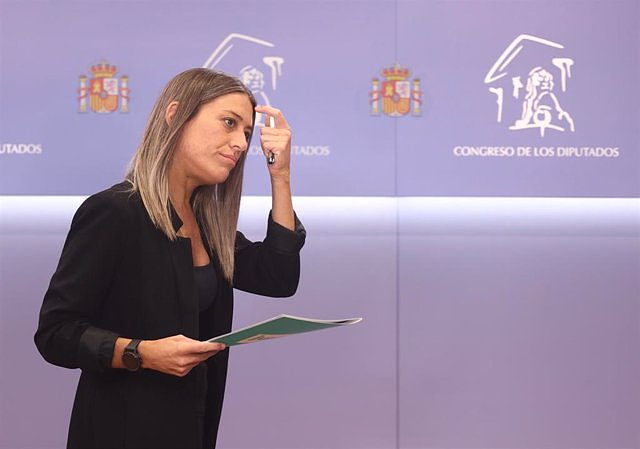 The Junts spokesperson in Congress, Miriam Nogueras, accused ERC on Tuesday of having accepted the elimination of the crime of sedition in exchange for making it "even more difficult to exercise fundamental rights" in general, of "limiting the political capacity of Catalan leaders" and even facilitating the extradition to Spain of former President Carles Puigdemont. "We are not going to be accomplices," she has emphasized.

In a press conference in the Lower House, Nogueras explained that "humanly" he can understand that ERC "has given up fighting for independence", but that "politically" he does not have a pass that he has accepted as a "counterpart" to the repeal of sedition that "further limits the exercise of fundamental rights", whether in favor of independence or any other cause.

The pro-independence leader has censored the proposed law on this matter registered by the PSOE and United We Can, a proposal that, she has remarked, could have been "signed" by someone like the magistrate of the Supreme Court Manuel Marchena, president of the chamber that condemned the involved in the 'procés'.

"We will not be complicit in the whitewashing of the PSOE or the Spanish state, nor are we going to make it easier for them to fulfill their main objective, which is to extradite Puigdemont so that he can be tried in Spain," Nogueras asserted.

In this context, he has advanced that his formation will present amendments to the bill to correct the deficits that they see in it and also related to the reform of the crime of embezzlement.

However, he has not given details and has limited himself to showing his concern about how embezzlement is currently classified in the Penal Code, without differentiating whether public money is embezzled for the personal enrichment of the person on trial or not.

‹ ›
Keywords:
PSOEERCCarles Puigdemont
Your comment has been forwarded to the administrator for approval.×
Warning! Will constitute a criminal offense, illegal, threatening, offensive, insulting and swearing, derogatory, defamatory, vulgar, pornographic, indecent, personality rights, damaging or similar nature in the nature of all kinds of financial content, legal, criminal and administrative responsibility for the content of the sender member / members are belong.
Related News