They point to a possible counter-reform to give judges the ability to adjust the sentence to the seriousness of the facts. 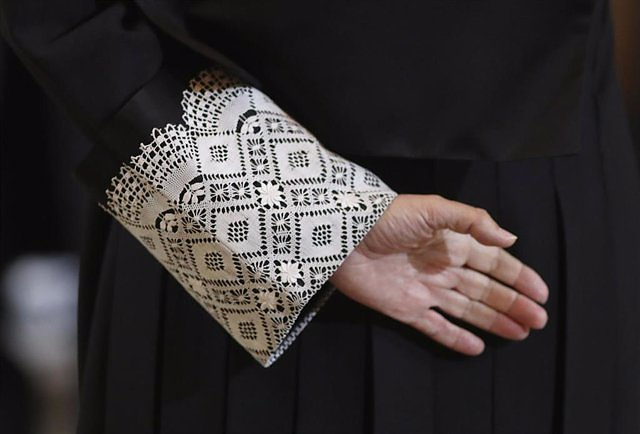 The entry into force of the so-called 'law of only yes is yes' has also had consequences in matters of criminal liability for minors. Young people between the ages of 16 and 17 who were previously convicted of sexual abuse will now have to abide by the new expanded crime of sexual assault, which requires them to be kept for at least a year in a detention center, while for the same conduct an adult could face only a fine.

This is how the head of the Juvenile Court Number 2 of Madrid, Eva Saavedra, explains it in statements to Europa Press, with a real case that came into her hands last summer, that of a minor in that age group who touched the buttocks of a girl, a conduct then subsumable in the crime of sexual abuse for which an open regime measure was imposed on her --"socieducational tasks"--.

Saavedra states that the same case now, after the entry into force of the law on October 7, would have a different result because the same events would be classified as sexual assault and the minimum punishment would be one year in a detention center. And, if he had acted in the same way when he was already 18 years old, he could only be punished with a fine, warns the juvenile judge.

The technical explanation lies in article 10.2.b of Organic Law 5/2000, of January 12, regulating the criminal responsibility of minors, which for "certain crimes of special gravity" committed by minors aged 16 and 17 establishes "a measure of confinement in a closed regime of 1 to 8 years" that must remain intact for at least one year, although for the other years it can be attenuated, Saavedra points out.

The old Penal Code (CP) excluded from this list of "particularly serious crimes" sexual abuse, but the behaviors that were previously punishable by this crime have been absorbed by sexual assault -- which is in that group of illicit of 10.2.b-- due to the 'law of only yes is yes'.

Saavedra draws attention to the fact that, for these same behaviors now included in sexual assault, article 178.3 of the CP --directly applicable to adults-- states that "the lower half of the sentence of imprisonment or a fine may be imposed." from 18 to 24 months, based on the minor nature of the act and the personal circumstances of the culprit".

"What does this mean? That a person who is about 18 years old, but who has not yet turned 18, for a minor offense subsumed under 178 will necessarily enter a center for at least a year, but if he 18 years ago, the adult judge will assess the least seriousness and can only impose a fine," summarizes Saavedra.

The juvenile judge warns that it is "a very serious dysfunction" because both the Spanish legal system and international texts include the principle that "the minor can never be of lesser status than an adult".

The Spanish law on the criminal responsibility of minors includes it in its article 8, according to which the juvenile judge "may not exceed the duration of the custodial measures (...) that may have been imposed for the same act, if the subject, had he been of legal age, would have been declared responsible, in accordance with the Penal Code".

At the international level, Saavedra recalls article 37 of the Convention on the Rights of the Child, which establishes that "the detention, imprisonment or prison of a child will be carried out in accordance with the law and will be used only as a measure of last resort and for the shortest period appropriate.

Saavedra assures that this disproportionate punishment for the same conduct for a minor and an adult has caused "great concern" among judges and prosecutors for minors, anticipating that questions of unconstitutionality could arise. "There is a lot of discussion and the worst thing is that we all see that it has a bad solution," he sums up.

Asked about how it could be fixed, she mentions a possible legal reform so that article 10.2.b grants juvenile judges the same room for maneuver that the CP gives criminal judges in 178.3 so that they can adjust the punishment to the severity of the conduct.

An alternative, he comments, would be to "eliminate the imposition of necessarily adopting a closed regime" to move to "a regime in accordance with the circumstances of the minor, see which measure is more in line with their social reintegration."

If this legal modification is made, Saavedra affirms that it would benefit minors already punished under the "law of only yes is yes" because "the most favorable retroactive effect would apply to all behaviors that fit into that article."