Juancho Hernangómez: "The Raptors know how important it is to play for your team" 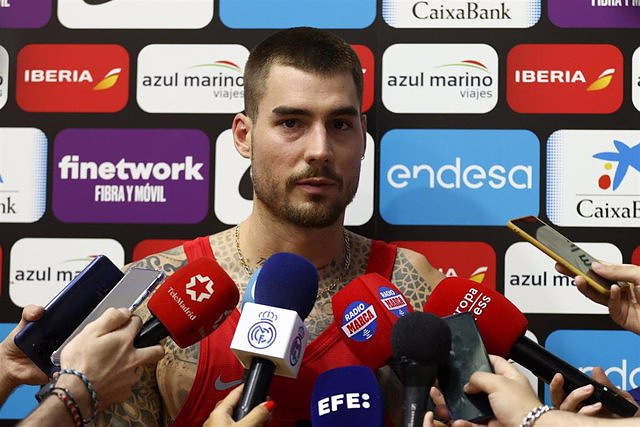 The forward of the Spanish team Juancho Hernangómez made it clear this Thursday that the Toronto Raptors, his new team in the NBA, have not given him any problem to play the Eurobasket because it is a franchise that "knows how important it is to play" at the international level, and he also appealed to the group's strength in this "change of cycle" where they probably don't have "the same talent" as before.

"Yes, the truth is that they have understood it. Sergio (Scariolo) has been there for a long time, they know the franchise well, there are foreign people and they know how important it is to play for your team and for your country. The truth is that I haven't had no problem, they have let me stay here, they have not made me go and they have been very understanding," Juancho Hernangómez, who was not allowed to be in Tokyo 2020 by the Minnesota Timberwolves, told the media after training.

The man from Madrid was in "no rush" to fix his future in the NBA, but celebrated the arrival of "this opportunity" with the Canadian franchise, even if there was "some other interested team". "I have signed, but I could also have not signed and I would be here. Nothing changed, my head is in the Eurobasket and in the national team, and when we finish, we'll see what happens next," he settled.

The international described as "very intense" these first days of training. "Going back to training after a couple of months of hiatus I missed it. I missed this feeling of family, of competing with the kids, teaching them and going 'to the death' for a goal. I'm very happy", confessed.

"Sergio has told us to enjoy ourselves, that it is clear that it is a bit of a change of cycle. We know that we do not have the same talent, but that the team together can achieve great things and we can compete to the maximum in each game, I think that is our Compete, not give up, and fight for everything, for our shirt and for the name of Spain", added Juancho Hernangómez.

The man from Madrid is one of the five survivors of the 2019 world title along with his brother Willy, Rudy Fernández, Sergio Llull and Quino Colom, although he doesn't give it too much importance because "everyone is important, the twelve, the 'staff', the physios, the kit man".

"Everyone makes a great team, in which each one has their role. It is clear that the roles are changing little by little, but as long as the team works and any role wins, it is well assumed", stressed the forward, who is "very well" on a physical level like the rest. "Everyone has come prepared, been in shape and done their share of the work," she warned.