Juan Carlos Campo, the Minister of Justice who approved the pardons for the leaders of the 'procés', candidate for the TC

He returned to his place in the National Court, where he has had to withdraw from causes such as 'Kitchen' or 'Dina'. 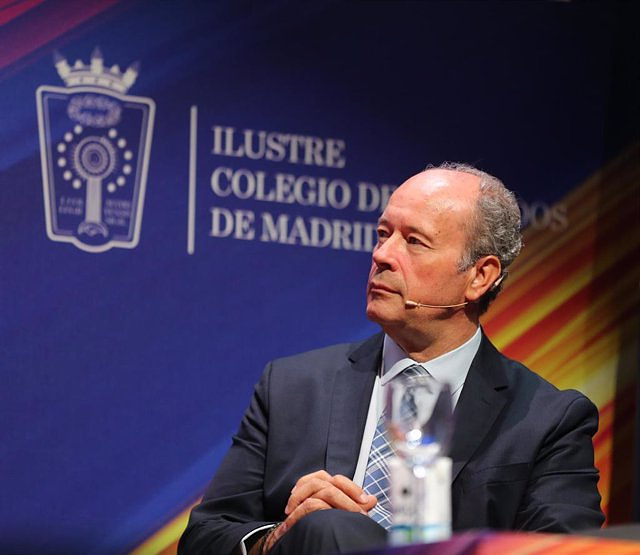 He returned to his place in the National Court, where he has had to withdraw from causes such as 'Kitchen' or 'Dina'

The Government of Pedro Sánchez has chosen Juan Carlos Campo as the new magistrate of the Constitutional Court, the Minister of Justice who approved the pardons for those convicted of the independence process in Catalonia and who later returned to the National Court to join the Court of Criminal, where he has had to refrain from cases with politicians.

Campos, born Osuna (Seville) in 1961, remained in the Ministry for only a year and a half, long enough to grant a measure of grace to the separatist leaders and to see how his release from prison materialized. When he left, he left pending the renewal of the General Council of the Judiciary (CGPJ) and the reform of the crime of sedition, one of the challenges of his legislature.

The former minister, chosen by the Government to occupy one of the four positions to be renewed in the TC -along with Laura Díez, nominated for another-, denied in statements to Europa Press after his departure from the Executive that he felt used in the approval of the pardons.

"No, not at all (...). I insist, I only have words of gratitude for the president. I have never felt used at all," he explained to this news agency in July 2021, adding that processing the pardon requests made in favor of the prisoners of the 'procés' "was a mandatory issue" by law.

In addition to dealing with the processing of the measure of grace, during his time at the Ministry Campo he addressed a reform of the Criminal Procedure Law (LECrim) whose preliminary draft was approved by the Council of Ministers in November 2020 and with which he intended to adapt the Spanish regulations to the requirements of the European Public Prosecutor's Office.

The change in model -which remained unchanged since the 19th century- gives full prominence to the Public Ministry in the investigation phase to the detriment of the judge, and was contested by prosecutors and judges since it must be accompanied by an increase in the staff since they will have more powers and must be accompanied by a reform of the Organic Statute of the Public Prosecutor's Office.

Before arriving at the Ministry and returning to the National Court, Campo was spokesman for Justice for the Socialist Parliamentary Group in Congress for three legislatures and also landed in Justice knowing the house since he was Secretary of State for Justice between 2009 and 2011 during the last government of José Luis Rodríguez Zapatero. In addition, from 2001 to 2008 this jurist was a member of the General Council of the Judiciary (CGPJ).

After leaving the Department of Justice, Campo returned to the National Court, specifically to the Criminal Chamber. Due to his past in politics, the magistrate has had to move away from causes or pieces with a precisely political background.

Specifically, Campo decided to move away from 'Kitchen', the separate piece from 'Tándem' where the alleged parapolice espionage of former PP treasurer Luis Bárcenas is investigated, after former 'popular' minister Jorge Fernández Díaz, the main defendant in this matter, I would recuse him.

Campo also had to step aside on at least two other occasions. One of them, due to the appeal filed by Podemos against the archive of the piece 'Carol', where the supposed request of the former friend of the emeritus king Corinna Larsen to the retired commissioner José Manuel Villarejo to obtain information about a Spanish assistant was investigated. who she suspected was spying on her.

The ex-minister was also named rapporteur for the appeal filed by the journalists prosecuted in 'Dina', another separate piece from 'Tándem' which investigates the route taken by the telephone card of the former 'morada' adviser Dina Bousselham since it was stolen the mobile phone until his information was published, although this designation, which once again was due to the distribution shift, was corrected directly by the Chamber to place magistrate Carlos Fraile in his place.

In the National Court itself, other procedures related to politics are also followed, such as in 'Púnica', 'Lezo' or the case that has the co-founder of Podemos Juan Carlos Monedero as the main investigated.

The ex-minister was obliged to refrain from the so-called political causes. The Law on the Judiciary establishes that judges who return to their functions after having been appointed to "political or trust positions" or elected to public office "must refrain, and where appropriate they may be challenged, from intervening in any matter in which are part of political parties or groups, or those of their members who hold or have held public office".

The minister himself, in an interview for Europa Press, assured that there was no problem with his return to the National Court as the law established his obligation to refrain from all proceedings "in which the parties or representatives of the matches". "And then there are the traditional abstention and recusal mechanisms, they are mechanisms that are there," he added.

During the time in which he has remained in the Criminal Chamber, Campo has participated in more than a thousand proceedings and sentences eminently related to terrorism, money laundering, drug trafficking, criminal organizations and fraud crimes.

‹ ›
Keywords:
Audiencia NacionalPedro SánchezTribunal ConstitucionalJuan Carlos CampoIndultos
Your comment has been forwarded to the administrator for approval.×
Warning! Will constitute a criminal offense, illegal, threatening, offensive, insulting and swearing, derogatory, defamatory, vulgar, pornographic, indecent, personality rights, damaging or similar nature in the nature of all kinds of financial content, legal, criminal and administrative responsibility for the content of the sender member / members are belong.
Related News