He provides the magistrate with extracts that would justify the amounts he spent on trips. 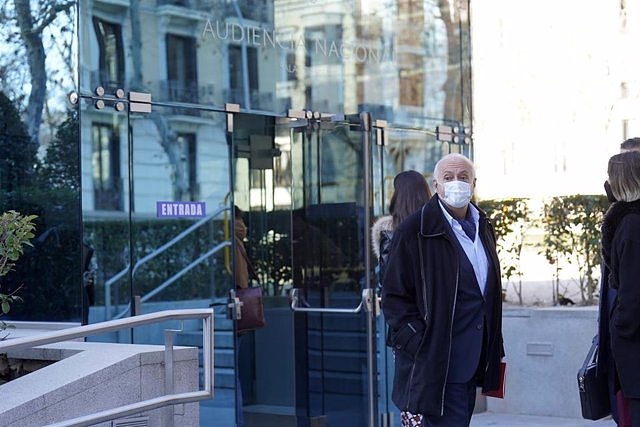 The television producer José Luis Moreno has criticized the "falsehoods" of his Argentine partner, Alejandro Roemmers, while at the same time assuring the judge of the National High Court instructing the "Titella operation" that the expenses incurred in the different trips that performed are duly accredited.

In a letter dated July 12, to which Europa Press has had access, the defense of the ventriloquist gives details to the head of the Central Court of Instruction Number 2, Ismael Moreno, about the "travel expenses derived from the existing business relations" with Roemers himself.

Last June, the Argentine sent a letter to the magistrate requesting that he urge Moreno to justify the expenses he had incurred related to trips made in the period from August 2017 to August 2019, the total amount being 1,247,767 .34 euros.

According to Roemmers, Moreno would have claimed an amount of almost 1.25 million euros for travel expenses, vaguely displaying an alleged list that was examined by the Argentine producer.

In that same letter, Roemmers denounced that the television producer did not use the 3.5 million euros that he lent him to "settle his debts with the Treasury and Social Security", despite the fact that this was the only "purpose" of that amount .

"It is also said that Mr. Roemmers finally agreed to reimburse him 50% of such item, Mr. Moreno signing a document stating that he had nothing to claim due to the alleged trips, Mr. Roemmers making a transfer of 623,883.67 ", points Moreno's defense.

In this respect, the representation of the ventriloquist assures that Roemmers "deliberately lacks the truth". "The fact that, despite the fact that the payment request for those trips took place in the month of October 2019, when the 50% disbursement was made, is markedly symptomatic of the falsity of such an assertion, never since then, neither Roemmers nor the entity Franciscus Productions SL, have claimed absolutely nothing, ever", he maintains.

And it is that, for Moreno's lawyer, the fact that both Roemmers and "his administrator in Spain and trusted person always appeal to the fact that they disbursed millionaire amounts of money, 'without making any verification and moved by good faith' results from the every implausible point, as well as false".

Thus, the television producer's lawyer provides the instructor with the documents that document expenses for a total amount of 551,270.62 euros, additionally attaching the statements of his American Express card and requesting that the entity be given more detailed information in the in case it was necessary.

According to Moreno, "the totality of expenses incurred by reason of the contractual relationship between the two amounting to 938,378.52 euros, "an amount much higher than the 623,883.67 euros disbursed by Mr. Roemmers, "is evidenced by proven evidence".

‹ ›
Keywords:
Audiencia NacionalArgentinaJosé Luis Moreno
Your comment has been forwarded to the administrator for approval.×
Warning! Will constitute a criminal offense, illegal, threatening, offensive, insulting and swearing, derogatory, defamatory, vulgar, pornographic, indecent, personality rights, damaging or similar nature in the nature of all kinds of financial content, legal, criminal and administrative responsibility for the content of the sender member / members are belong.
Related News