Jorge Vilda: "I am convinced that there is a solution, dialogue brings people closer" 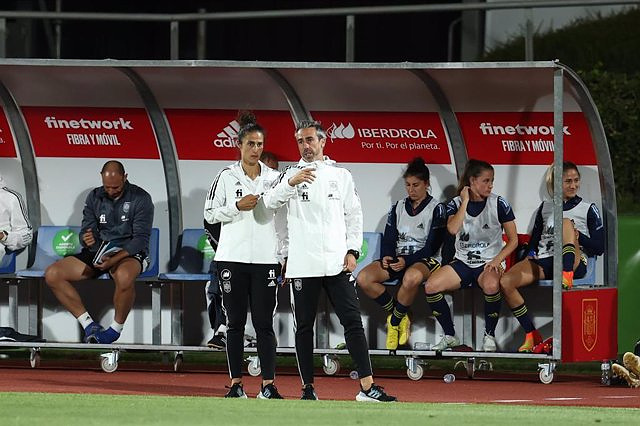 The national women's soccer coach, Jorge Vilda, was "convinced that there is a solution" in the locker room after having experienced "the most complicated concentration" since he took office, although he also warned that "the results" that the team so far also "will be for something".

"It is true that it has not been an easy concentration, possibly the most complicated since I have been here, but I am convinced that there is a solution and that dialogue brings people closer together," Vilda said at a press conference after the victory against Ukraine.

The technician sees himself "absolutely with all the strength for the future". "My contract says so and we know the support of the RFEF, we are with our sights set on the World Cup and to create the most competitive team possible, knowing that we have to improve a lot", he pointed out.

"We are going to have the focus specifically on having the best players in the best conditions and that they contribute in everything because from there it is built. There is a lot to choose from, there are many knocking on the door, each time the concentrations become more expensive and We will try to be as fair as possible."

Vilda stressed that "the captains said it very clearly" last Thursday when confirming that they had not asked her to resign and that "the maximum demand" is made by themselves. "They tell us that they are also demanding and that they want a certain way of receiving messages and training. We are not arrogant and we listen to them, we know that there are things that we do well and others that we have to improve," she indicated.

The man from Madrid pointed to "training sessions, matches and goals" as the best "medicine" to alleviate the situation generated. "A concentration that has been a bit atypical is coming to an end, but we have resolved the matches well and all those who have come out have been eager and showing the team we want to be," he stressed.

"For the future we are going to continue doing our job, paying attention to what happens in the matches, assessing what has happened in this concentration and choosing those we think are one hundred percent and bring us closer to victory against the first and third in the world", he added in relation to the next concentration in October, with friendlies against Sweden and the United States.

The coach of the national team believes that the classification has been very brilliant and that he can assess it "internally". "I receive praise from abroad and maybe from within we are more demanding. As a coach I have to gauge our level, I know we can have an even more powerful team and we know the line we have to follow", he assured.

Regarding the match against Ukraine, he "congratulated" his rival for the "merit" of having played and showing his face despite the situation in his country. "It hasn't been easy to compete against them if you have a little empathy to know what's going on," he confessed.

"The match was under control, it was difficult for us to enter at the beginning but we had a good first half, where we finished and focused better than the other day. In the second half more chances were missed, but it was difficult to improve on such a good," he continued.

Finally, he celebrated the return of Jenni Hermoso and having been able to "enjoy" her game because she is a soccer player "of extraordinary quality" and congratulated Alba Redondo, scorer of two goals, for having "interpreted the extreme position very well" .