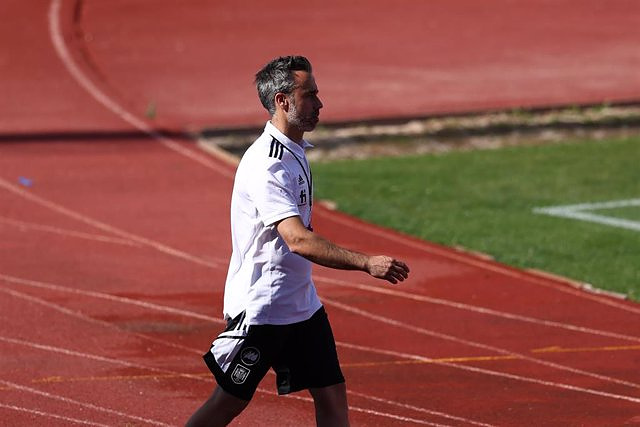 The women's national soccer coach, Jorge Vilda, will offer this Friday the list of summoned for next October's friendlies against Sweden and the United States, a call marked by the more than foreseeable absence of the players who requested not to be called by the current situation in the national team.

After a very turbulent concentration at the beginning of September due to the discomfort of a sector of the internationals with the Madrid coach, a total of 15 selectable footballers, 13 of them present in the last call, sent an 'mail' to the RFEF to request that they were not summoned for this October until "situations that affect" their "emotional and personal state and performance" were reversed.

These players made it clear that they did not give up playing with the national team and that their email had been sent "in response to the Federation's own request to know" which of them wanted "not to be summoned" in this summons.

All of them reiterated that they had not asked for Jorge Vilda's dismissal and that they requested "a firm commitment to a professional project in which all aspects are taken care of in order to get the best performance" from a group of players with whom they believe that "they can achieve more and better goals".

The RFEF has already warned that it would not admit "any type of pressure from any player when adopting sports measures" and stressed that, although current legislation indicates sanctions "between two and five years of disqualification" for not attending a call from the national team, was not going to take the footballer "to this extreme nor will he put pressure on them".

"Directly, it will not summon the soccer players who do not want to wear the Spain shirt. The Federation will only have committed soccer players even if it has to play with youth," the federative entity sentenced.

In this way, it is most likely that none of these 15 players will be included in the list that will be provided by the national team starting at 4:00 p.m., who will appear at a press conference half an hour later at the Ciudad del Fútbol de Las Rozas (Madrid) .

Spain plans to concentrate next Monday at the federation headquarters to start preparing two high-level friendlies against Sweden, current Olympic runner-up and number three in the FIFA ranking, on the 7th at the Nuevo El Arcángel de Córdoba, and against the United States, number one in the world and in which players like Megan Rapinoe, Alex Morgan and Becky Sauerbrunn have shown their support for Spanish soccer players, on the 11th at El Sadar in Pamplona.