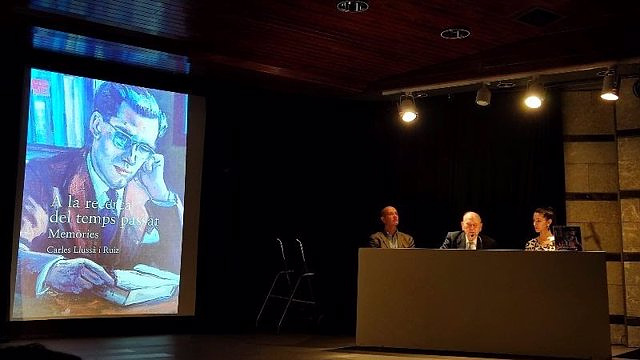 The former president of the Generalitat Jordi Pujol has assured that he is not concerned about what will be said about him when he dies but that the work he carried out has "continuity", the Serviol Association reported in a statement on Wednesday.

He said this at the ceremony he attended on November 12 in honor of the neuropsychiatrist Carles Llussà, who died on April 18 and who was linked to Pujol in the founding and beginnings of the CDC, where Pujol stressed that he is at the end of his life and stressed that he is not worried about what history will say about him and how his legacy remains.

"I am not so concerned about what will be said about me as whether or not the work done has continuity. I am more concerned that the legacy is preserved and that we know how to take advantage of it, and not because it is mine, but because it is Dr. Llussà's and that of so many other Llussàs scattered throughout Catalonia", he stressed.

After the stroke that the former president had in mid-July, he explained that he is not "very fine", that he is not doing well and that everything is more difficult for him than before.

"When I was in shape, even in half shape, it was enough for me to write a few notes, a few scripts or a few lines, and let my mind start talking and talking. Sometimes I think I've talked too much," said Pujol.

He also explained that now it often happens to him that he finds it difficult to recognize his own handwriting, but that this forces him to write to make sure "at least" that he can explain what he thinks.

‹ ›
Keywords:
Pujol
Your comment has been forwarded to the administrator for approval.×
Warning! Will constitute a criminal offense, illegal, threatening, offensive, insulting and swearing, derogatory, defamatory, vulgar, pornographic, indecent, personality rights, damaging or similar nature in the nature of all kinds of financial content, legal, criminal and administrative responsibility for the content of the sender member / members are belong.
Related News