Joao Félix: "The team is united and strong" 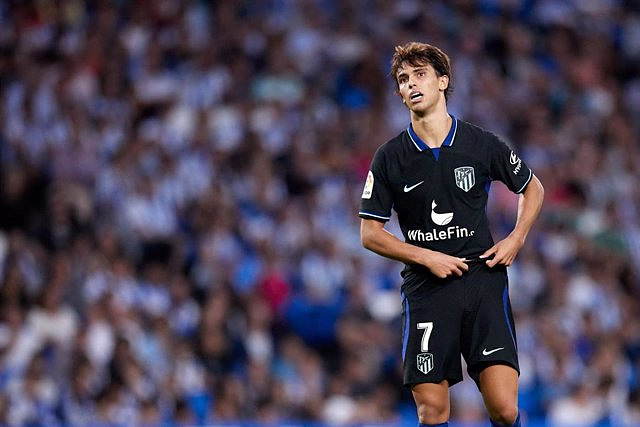 Atlético de Madrid striker Joao Félix has assured that in recent years he has been "improving as a player and as a person", and has highlighted that despite last weekend's draw with Real Sociedad the team is "united and strong" to face this Wednesday his Champions League debut against Porto.

"I look good. It's normal to grow, it's my fourth year here. I'm improving as a player, as a person, which is what I try to look for every day," he declared at a press conference. "I feel good, I am physically well and mentally well. The team is also well despite coming from a draw; the group is united and strong, we are clear about what we have. We are motivated and ready for tomorrow's game", he added the.

In addition, the Portuguese explained that the "feelings" of the team are good and that they are "motivated". "Every year we try the same thing, look for the 'Champions', but always game by game, and we're going to continue like that," he said. "The team hasn't changed too many things. We've done things well, we've tied one game and lost another, it's normal in football. We're confident in what we're doing, we know the ideas are good and we have to believe in our game and in our football," he continued.

In another order of things, he praised Antoine Griezmann's role in the team and refused to enter into controversy for the few minutes that Simeone gives the Frenchman due to FC Barcelona's transfer clause. "I get along with him, he's a world-class player and it's very good that he's with us. He has tremendous quality, he gives us things that other players don't have. Playing from the start or entering, he always does things well, he always help," he said.

On the other hand, Joao Félix denied that in the continental competition there are favorites and secondaries. "I see us in the 'Champions' group. In 'Champions' everyone is the favourite, everyone can win, the odds... This is football, there are no odds, anything can happen; the first can lose to the last, the favorites they can go to the Europa League... All the games are difficult, they are champions of their countries", he underlined.

Finally, he insisted that this Wednesday they will meet a euphoric rival. "Porto lives a lot from their desire to win for the fans. You can see that they live a lot for football, their desire to win is great. Tomorrow, with the same desire to win, the quality will come out on the pitch", he concluded.

‹ ›
Keywords:
Champions LeagueAtlético De MadridReal Sociedad
Your comment has been forwarded to the administrator for approval.×
Warning! Will constitute a criminal offense, illegal, threatening, offensive, insulting and swearing, derogatory, defamatory, vulgar, pornographic, indecent, personality rights, damaging or similar nature in the nature of all kinds of financial content, legal, criminal and administrative responsibility for the content of the sender member / members are belong.
Related News